The Attorney General's Office of the Public Access Counselor (PAC) has now opened in inquiry into the actions of the Bellwood Public Library Board of Trustees from April through June 2016.

Violations of the Open Meetings Act are Class-C criminal misdemeanors under the statute.

Assistant Attorney General Neal Olson sent a letter to Bellwood Public Library Board President Mary Clements on 6/16/16 asking that she explain the Board's recent actions, covering a host of alleged OMA violations from closed meetings being held improperly and without proper cause for a closed meeting, members of the Board meeting in secret to discuss Library business when such discussion belonged in an open public meeting, and the bizarre situation on 6/8/16 where Trustee Dorothy Clark-Smith was not allowed to participate in a board meeting by telephone.

The Bellwood Public Library Board is under intense public scrutiny and criticism due to what are alleged to be continued violations of the OMA regarding excessive use of "closed sessions" to hide Board business from the public.

Trustees such as Regina Greene, Mary Clements, J.B. Carr and others are also being called out by members of the Bellwood community for what is perceived to be outrageous and abusive misspending on trips to American Library Association conferences that grossly exceeds the average spending on such conferences by trustees of public libraries similar in size and financial resources to Bellwood. 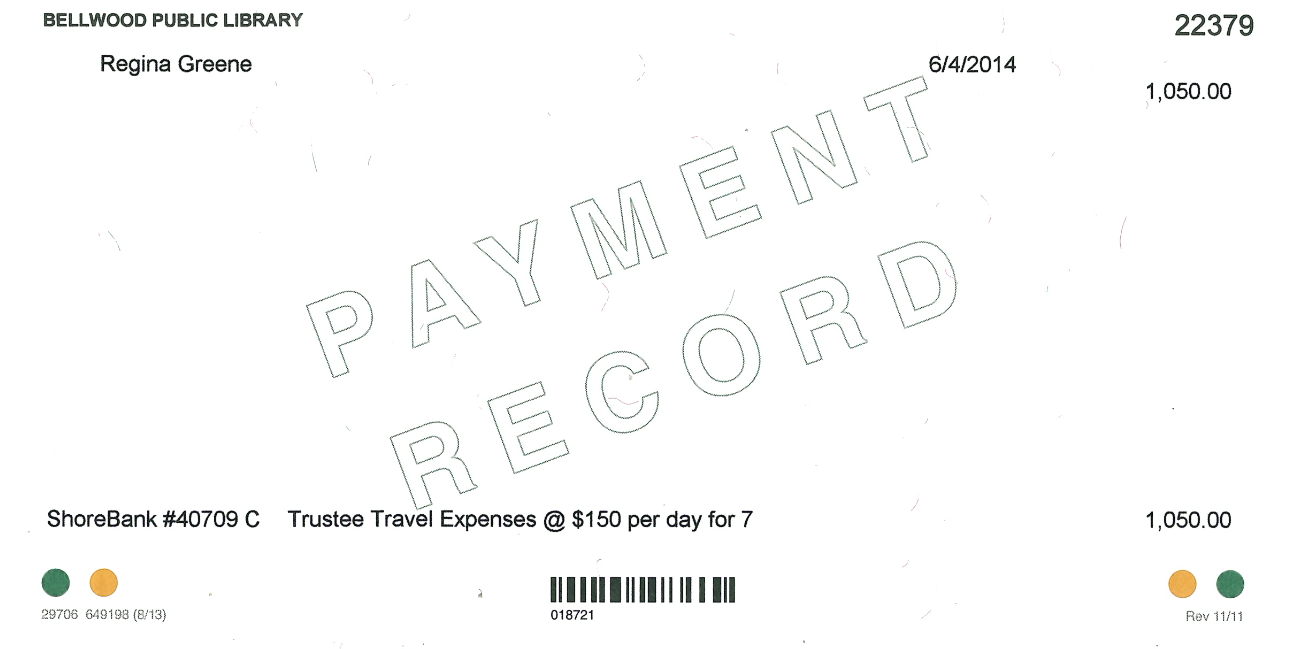 Records show that Ms. Greene, in particular, takes checks for $1,000+ in advance of trips, which sometimes last 7 days. It is unusual if not unheard of for public library board members to legitimately need to travel for a full week and receive payment in advance at a rate of $150/day in per diem for such travel.

During recent board meetings, members of the public have confronted Ms. Greene and the other spendthrift board members and have asked such lavish spending to end and for the Board to start producing receipts to justify their spending. To this point, Ms. Greene and her fellow Bellwood trustees have apparently refused to comply with the public's demands for accountability, transparency, and responsibility.