Lincoln-Way District 210: Is Tingley e-mail an attempt to intimidate or punish?

Being a leader requires character beyond reproach. It means having the best interest of those you are leading at all times and acting in a responsible, respectful, and ethical manner towards them. If they don’t already know, taxpayers in the Lincoln-Way District 210 need to know about the character of their administrators. The people of this area are waking up to the fact that financial mismanagement that has caught the attention of federal investigators.

In February, the Frankfort Square Baseball League (FSBL), a group that uses community facilities through the Frankfort Square Park District (FSPD), wrote to parents, sponsors, and community members, urging them to get educated about the situation with Lincoln-Way North closing at the end of the school year. FSBL offered bulleted statements for recipients to check out. And the group urged people to write to their school board members—exercising their Constitutional Right as Americans. The simple reason for such communication?  FSBL wants the kids going through its baseball program to graduate from the local high school. Every little boy and girl in the community dreams of playing ball at the Home of the Phoenix.  Those dreams have been shattered.

One baseball parent on that mailing list is Mark Cohen. Cohen promptly turned the email over to Tingley, his boss.  Tingley, in turn, appears to have pounced on the executive director of the Park District, which could be taken as a threat that they may lose the ability to use the facilities in the future.  Tingley informed the Park District that they would have to “discuss the use of this group’s use of the district facilities” going forward.  Who does Scott Tingley think he is? What is to discuss?  Are we to believe this need to discuss just popped up out of the blue and had no ties to the very e-mail chain that exposes the Administration’s malfeasance to parents in the community?  I wonder if he is aware of the intimidation laws in this state?  Is he implying that baseball families will be denied use of the high school baseball fields that they PAY FOR with their taxes?  Is it not enough to close the school, the pride of the families and citizens of the community?

Interestingly in this sad state of avoidable wrongdoings, now we find that the FSPD was subpoenaed to come before the grand jury this week, in relation to the Super Dog Obedience School on North’s campus, with no benefit to students. For those not familiar with that story, just know that these highly educated idiots allowed your education tax dollars to be used to train……..drum roll please……..DOGS!  Yes, they used tax money to train dogs instead of using that money for its intended purpose, education of our youth!  Youth Defined : Young Children.  Just wanted to clarify in case any of these educated idiots try to imply we were talking about puppies.

The negative stories keep pouring out of District 210. They all start with the weak character of District leaders.

These types of stories will end when “Principled” community members take control of their local government and demand those responsible for this mess are prosecuted to the fullest extent the law allows. 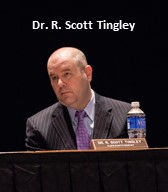