After a three-and-a-half-year battle, the Edgar County Board, in April 2016, passed new Resolutions (here) setting forth the compensation of its elected officials. This new Resolution set forth, as required by law, all compensation received in connection with their service as elected county officials.

Read our previous article on this new Resolution (here).

The long battle over elected official compensation culminated in the lawsuit filed in December of 2015 (here) and ended on the Board's passing of a new Resolution.

A good timeline of events leading up to the lawsuit is in this article (here) which starts in September of 2012, and even includes the October 2015 Resolution they passed trying to back-date benefits never previously authorized (here).

In November of 2015, I asked the county board chairman to recite the reimbursements received by county board members during their meeting, and it turns out, all but one board member decided to quit taking benefits in excess of the current Resolution setting their salaries. It is unclear at this time whether Farnham is still the lone hold-out, or if he canceled his participation at a later date, but I will ask for this information and will include it in a future article.

After the passage of the new resolution in April, I contacted the attorney for the county and advised him that since the passage of this new Salary Resolution, I was happy with the outcome and saw no further need to continue pursuing this litigation. The county agreed and we entered into an "Agreed Dismissal", on my motion, that requested a voluntary dismissal with each party paying their own fees and costs.

Both parties signed it, and the Judge agreed and entered the "Agreed Dismissal Order" on April 27, 2016.

Copy of the Order is below: 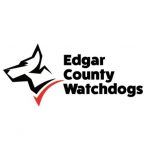