The last couple weeks, Mike Blazer, attorney for InvEnergy, has been the source of citizen complaints in a remarkable place.  Blazer has been caught telling a few lies to citizens in Argyle Michigan.  Michigan citizens took issue with the following fabrications of his imagination which he tried to promote as fact (video of Ted Hartkey’s presentation below):

1.)  InvEnergy Attorney MIKE BLAZER CLAIM: Ted Hartke, a victim from within an InvEnergy Wind Farm in Illinois was “fired from his job” as of 2013 about the same time Hartke abandoned his home due to the wind turbine noise causing sleep deprivation to his entire family.  Blazer’s source is an email from a Livingston County citizen who visited the abandoned house when a neighbor farmer stopped by and told the visitor that there was nothing wrong with turbines and Hartke “was fired from his job.”

ACTUAL TRUTH:  Ted Hartke’s former employer, Foth Engineering, exited the boundary surveying and construction layout business and sold three company trucks, two robotic total stations, and a GPS system to Hartke who used the trucks and equipment to start his new business “Hartke Engineering and Surveying, Inc.” in approximately May, 2011.  Hartke continued to work for Foth as a subconsultant, and Foth provided services in return  (InvEnergy’s wind farm was constructed in 2012 and became operational in 2013……..so Blazer’s claim is hereby debunked.)

2.)  InvEnergy Attorney MIKE BLAZER CLAIM:  Sophia Hartke, (Ted’s 6 year old daughter) got the idea to make a drawing of “No Wind Turbines” from signs like people would see along roadsides in Livingston County.

ACTUAL TRUTH:  Ted Hartke was contacted by citizens from Livingston County and told about Blazer’s claim.  Ted thought that it could have merit, because there are some signs and websites which do have these images, so he decided to ask Sophia where she got the idea how to draw a red circle with a slash through it to indicate “No Wind Turbines.”  Sophia, who was 8 years old when asked this question said, “I got the idea from the “Ghostbusters” movie.  Everybody knows that!”  (Well, BLAZER is not smarter than a 6 year old on the anti wind turbine symbol origination.)

3.)  InvEnergy Attorney MIKE BLAZER CLAIM:  Ted Hartke’s story not believable to county leaders, namely Macon County where Blazer’s “E-ON Renewable’s” project application was approved last year.  While Hartke had only spoken to Macon County Board for a mere 5 minutes, Hartke was under sworn testimony in Livingston County where the zoning board endured 30 nights of hearings which included Hartke’s 3 hours of presentation and cross-examination.  As it turns out, Ted Hartke said it best at the town hall meeting in Argyle, saying that Blazer “was smoked” in Livingston County where Blazer’s only recourse was responded by filing a lawsuit against said county board members.

After seeing Blazer’s attacks against Ted Hartke (and an additional attack against a six year old wind farm victim), and also Livingston County Board members, the Edgar County Watchdogs would like to point out that this mistreatment certainly does not hold water with the citizens witnessing his tirades.  Perhaps Blazer possibly thinks his audience is stupid and naive enough to accept whatever gibberish he spews out during his attacks and belittlements of wind farm victims.  It appears he may be doing a poor job representing InvEnergy as it looks like the citizens have beaten InvEnergy’s attorney Blazer in Livingston County Illinois AND Sanilac County Michigan looks like another community which sends Blazer packing.  It makes us wonder…….how long will InvEnergy decision makers continue to pay his wages for these service failures?

For additional entertainment, refer to this article from Jessup where InvEnergy is trying to build a new gas-fired electric generation plant situated too close to residents in that community.  The comments to Chris Kelly’s articles in The Times Tribune are intriguing.  It appears that if Mike Blazer’s mouth is moving, chances are he is NOT presenting the facts.  A decision maker who enters into a deal with Mike Blazer doing the negotiating should be very cautious.  We suggest that Blazer be video recorded and audio recorded to keep track of exactly what he promises and use it for proof when things don’t work out as promoted.

Video (from Concerned Citizens of Argyle and Moore Township ) of Ted Hartke’s presentation and Mike Blazer’s questioning below:

A Playlist of 4 videos from this event can also be found (HERE). 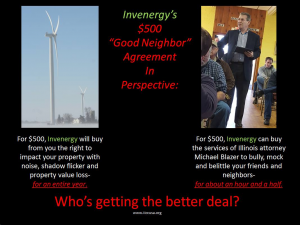 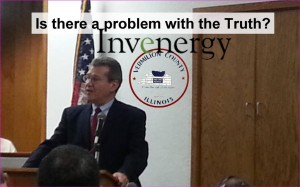