There always comes a point when some people just have to be called out publicly and exposed for their fabrication of information.  A certain person has chosen to make comments on a recent article that are simply lies, and they know they are lies.  They need to know, our site will not be used in their attempts to discredit the good people demanding accountability of their elected officials in District 21o.

In this case, a person chose to question who wrote this article. Both John Kraft and I responded in the comment section of that article with the answer.   However, that was not good enough. The person chose to include two more comments and the second one was the tipping point.  I chose to write this article as a dedicated response to those comments to ensure there is no confusion  on the matter.

First Comment: Please provide a copy of the FOIA submitted for this article to verify who actually ordered the FOIA. Questions have arisen as to who actually submits the FOIA’s and writes these articles. Thank you

This person refuses to accept what they are told.  The article referenced above outlines that I submitted the FOIA.  Even with that information in the article, the person goes on to question who actually writes the articles.  I wrote the article, told them so in a response to their earlier comment, yet they now wish to question it and take matters to a point of lying.

It should be noted that this is the same person who claims to have knowledge of a conflict of interest with a board member and got mad that an article on their claims wasn’t published immediately.  There was a reason for that, of which they simply don’t understand, but it brings us to this very story.

As I told this person, the document mistakenly posted was sent to me by a person and I have no way of knowing it’s authenticity.  Much like when I told this person the information they provided on a claimed conflict has to be validated as I can’t just take their word for it.  However, in this matter, it was that very document a person provided that triggered MY FOIA request for the information, which now they wish to question that as well.

Now they lie in their second comment and expect us to publish their comment.   Rest assured, I have no problem exposing lies so we proudly publish the comment as part of this dedicated article with a detailed explanation of the matter.

Second Comment: Plaintiff on the lawsuit, Christine Pajeou wrote this article as her name was on the FOIA originally included. If Kirk requested a FOIA for the above mentioned items, then post the FOIA request and the actual response received from Ron Sawin, instead of a supposed cut and paste of what was included. The entire text of this supposed investigative article is written as an opinion piece including sarcastic commentary.

There is a question as to the actual author of the article, if Kirk Allen did write the article then it should not be a problem to post the actual FOIA request showing the name of the person and the email or letter showing who that response (posted above) was written to. Instead of just making the claim you are the author, you should have no problem posting the facts to back up to your claim.

There was no FOIA violation as they provided documents related to the exact request. Certainly seems like more of the set up, gotcha moments! There is no board approval needed and there is nothing wrong with someone living in the house on the property and maintaining it while paying rent. Move on!

The person lied by claiming someone else wrote the article, and claimed that just because a FOIA document had her name on it, it was that person who was the author.  I already explained to them the facts of the matter but they refused to accept that, and instead resorted to lying to the public.  They ask for the actual FOIA.  No problem. It will be found at the bottom of this article to include each back and forth email so all can see the truth, which this person refuses to accept.

There is no question as to who the author is.  I told them, I posted the response publicly, yet they refuse to accept that so they fabricate information and lie to the public.   They claimed “Christine Pajeou wrote this article” and that is a bold face lie but lets look at the persons demands and expose the irony of it.  For starters, I don’t know, nor have I ever met the person she claims wrote my article.

She demands proof from me that I wrote the article yet provides not one shred of proof to support her claim that someone else wrote the article other than a document that I received from someone.  I challenge this person to provide the proof to support her claim.  Like I said, below is the ENTIRE e-mail chain from the first FOIA to the final response from Sawin for the world to see, and it is in fact quite telling.

This person also claims there was no FOIA violation.  WRONG!  They did not provide the Ag leases, which clearly would have fallen under the request provided.  They were only provided after being questioned as to why they were not provided.  They also did not provide the name of the person living in the home until questioned after their response.  They complain about set up gotcha moments when all I did was ask for information I KNEW existed and they failed to provide them.  How on earth did I set them up?

They close their misinformation campaign with a claim there is no board approval needed regarding the renting of a home on public property.  This points to the person’s lack of understanding of public property and taxpayers rights.  To allow a citizen to move into a publicly owned piece of property there are measures that must be taken to protect the taxpayer and it must be approved by those in charge of the public body.

My questions regarding the rent are simple.  Who determined the rent, who was given a chance to rent it, what liability do the taxpayers of the district face if the renter has no rental agreement nor insurance protection naming the district on the policy since it is their property?  Not much different than the Day Care Center not even carrying the insurance mandated in the illegal contract.

In closing, the ignorance of this person making these claims is clear.  If they had one shred of belief that I did not submit the FOIA in question, all they had to do was FOIA the School for all of my FOIAs and they would have seen that I did in fact do just as I claimed.

I encourage the good people of Lincoln Way School District 210 to keep pushing back against the corrupt group of Administrators and board members.  You are doing the people’s work and just like we saw at the College of DuPage, once lies are exposed, people’s minds open and new supporters to your cause will pile on to help.

Illinois is at a tipping point and it is this very type of local corruption that has brought us to the point we are in at a state level.

Stand up and be counted people! 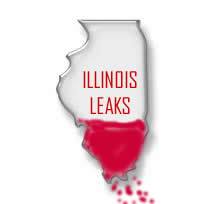