Legislative candidate Jim Acklin of Ogden countered a former high school student’s sexual misconduct suit against the school district he once led by blaming her.

“Plaintiff was under a duty to use care and caution for her own safety and well being” while at St. Joseph-Ogden High School, lawyers for then-superintendent Acklin and the district school board argued in 2012.

They argued that the student, then a 15 year old freshman, concealed facts from school officials and deceived them when they asked about her relationship with high school coach Jon Jamison.

They held her responsible for most or all of the negligence that harmed her.

Acklin and the district won the case in Champaign County circuit court in 2014, arguing that Jamison passionately kissed and caressed, but did not have sexual intercourse with the student.

“The dissimilarity between kissing and having some sort of oral contact with or penetration of the sex organs is self evident,” they argued.

Circuit judge Jeffrey Ford agreed that under Illinois Code, “None of the alleged acts by the plaintiff fit the definitions of sexual conduct or sexual penetration.”

The school district settled the claims for $6,500.

Meanwhile, in a case involving another student, Jamison pled guilty to a charge of aggravated criminal sexual abuse of a victim between ages 13 and 18.

While the lawsuit brought by Jane Doe received widespread media attention when it was filed, the responses of Acklin’s and the school board’s did not. The Record reviewed the entire case file on Feb. 21 and 22.

Acklin currently seeks the Republican nomination for State Representative in the 102nd District, which includes Paris, Shelbyville, Sullivan, and Tuscola.

According to a Champaign News-Gazette article on Jamison’s arrest in February 2012, Acklin once coached Jamison on the high school cross country team. In Danville Commercial-News, an announcement of Jamison’s Dec. 2005 wedding identified Acklin as a groomsman and his son, John Acklin, as ring bearer.

Jamison’s wife divorced him after his arrest.

In May 2012, lawyers Thomas Bruno and Dennis Mickunas of Champaign sued the district and Acklin on behalf of “Jane Doe.”

“Jamison was incompetent, unfit, and dangerous for employment,” they wrote.

The suit claimed that Uphoff and Brooks investigated allegations by another girl’s parent, but didn’t report them as required by law to the Illinois Department of Children and Family Services (DCFS).

Attorney Mike DeBartolo of LaGrange, who has represented school districts for 16 years, said that if credible evidence of abuse, neglect or sexual assault are presented to school officials those must be reported to the DCFS.

He said that while judgment calls are made in these situations, it is better to “err on the side of caution” when allegations are made, not only to protect interests of the school, but more importantly to protect the student.

“If they truly think it didn’t happen or there was an ax to grind, you better be on solid ground,” DeBartolo said.

He also said that because the record shows that Acklin had a personal relationship with Jamison, he should have recused him from making any determination about the credibility of Doe’s accusations.

“He should have handed it off,” he said.

According to Doe’s attorneys, Acklin, Uphoff and Brooks concealed the allegations from students and parents.

In the suit, they wrote that Jamison flirted with Jane Doe, sent her suggestive messages and made suggestive calls, kissed her passionately, and rubbed her thigh. He was also accused of providing Doe with alcohol and that he drank with her more than once. 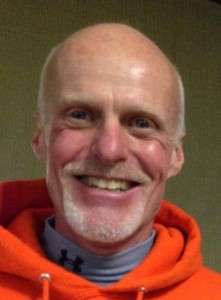