Illinois Budget – The Truth of the matter not being told by media.

There comes a point and time when we simply have to bring things back down to the basics and educate the population as to what is true and what is not.

The propaganda machine in politics is used by both sides of the isle, and by all indications the Illinois Budget issue has been receiving the most propaganda from the left we have ever seen.  Last week at EIU there were calls for action to flip a table or two as if violence is the answer.   With screams of "give us our money" from University staff and calls to demand Governor Rauner to sign the budget, it makes us wonder if people are really that ignorant or do they just refuse to accept reality? (Read that story here)

I referenced the budget issue in that recent EIU story and a response was rather telling so we thought it best to once again educate the public.

Response we received to the EIU article:

"Illinois Constitution: SECTION 2. STATE FINANCE
"(a) The Governor shall prepare and submit to the General Assembly, at a time prescribed by law, a State budget for the ensuing fiscal year...Proposed expenditures shall not exceed funds estimated to be available for the fiscal year as shown in the budget." Governor Rauner has yet to submit a balanced budget to the General Assembly.  He also has line-item veto power, and could have surgically cut the budget that the GA passed and sent to him as his Plan B. But he did neither. So, I think maybe you guys should go back to covering what you do best, which is violations of open meetings laws. That, or at least do a little more homework on the statewide laws and issues.

Reading that comment, the uninformed reader would believe that Governor Rauner has yet to submit a budget to the General Assembly, and that the General Assembly passed one and sent it to him and he did nothing with it.  I am betting most people already believe that.  Sadly, for the person that posted the comment, they are wrong.  But please, don't take our word for it.  Read it for yourself!

From the Budget the Governor Submitted to the General Assembly:

"If the state government spending were left on auto-pilot (or maintenance), total state expenditures and transfers out are estimated to be $38,210 million, an increase of $2,523 million, or 7.1 percent over 2015........  This unprecedented projected deficit is unconscionable, which is why the Governor is
proposing a balanced budget that is the budget that Illinois can afford."

That statement can be found on page 72 of the Budget submitted by the Governor to the General Assembly at 12 noon on February 18th, 2015, just as our state Constitution required.  The entire budget can be downloaded or viewed below.

Now to the second part of the commenter's claims that the General Assembly passed a budget and that Governor Rauner could simply line item veto things in it.

I challenge anyone to produce a budget that was passed by the General Assembly and sent to the Governor for signing.  What was passed was a 'spending bill', which is not a budget.  When all you present is what you want to spend and not disclose the required revenue side, there is nothing the Governor can do with that.

At some point, people are going to have to learn to investigate the claims being made and start calling people out.  This very claim of the Governor not sending the General Assembly a budget hit our inbox months ago from another source, and that is when I filed the FOIA for the Budget and provided it to the person who insisted it did not exist, which is what they had been led to believe.

The budget exists, and to date the General Assembly has only provided an appropriations bill that does not disclose if such appropriations exceed funds estimated to be available during the year, which is constitutionally required under Article VIII Section 2b.

Once again, pesky facts get in the way of the propaganda! 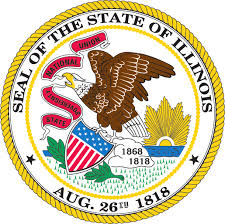