In a letter to the Higher Learning Commission, DuPage County Board Chairman Dan Cronin praised the new reform majority of the College of DuPage and their swift action to restore the College's credibility and their instituting of required reform measures.

He explained, in the letter, how the community rallied around the college after the April election which brought new reform minded Trustees in a landslide election against past board members.

Cronin goes on to say that the college is returning to one of accountability.

He asked the HLC to recognize the progress achieved by the reform board and for them to support and encourage COD's reform mission.

In the final sentence, Dan Cronin states that "[COD] is headed on the right path and [the trustees] are committed to correcting past deficiencies and to reestablish COD's reputation in the educational community."

The College of DuPage could not have done this without entirely new legal counsel, cooperating with federal and state criminal investigations, and without the support of the voters in the district who overwhelmingly voted for this reform. 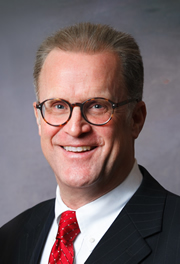