A Neoga High School student has been expelled, based on a mistake, subject to their zero tolerance policy.

The student, who’s name we are working on getting, is a local sportsman who had gone racoon hunting and left his rifle in the vehicle and went to school the next morning.  Turns out someone saw it or knew about it and told the authorities he had a gun in his vehicle.

Since having a firearm on school property is in fact a violation of law and school policy, the school board took steps to not only suspend this student but also expel him from school.

Many issues can be raised with this action, but let’s start with why Zero Tolerance policies are failing our children.  Kids will make mistakes.  As adults, we need to be able to be smart enough to evaluate each situation and apply common sense to it.  Punishment should fit the crime and that is impossible with zero tolerance policies.  One who makes a mistake with no intent to harm is treated the same as the one who intentionaly violated it.  Why would you treat each situation with the same action?  It makes no sense.

From a prosecutorial stand point, I suspect the State’s Attorney would never take that kind of case and prosecute because there was no intent to break the law.  He made an honest mistake.

When zero tolerance policies are adopted it fails miserably because of unintended consequences, such as we see in this case. It’s not like the student was threatening to harm anyone or cause a problem.  He went hunting and had the gun legally secured in his vehicle and parked on school property.

What is so ironic with this situation is how far we have come in taking the rights away from our own citizens.  My father and his buddies would hunt squirrels and rabbits on their way to school as it was a several mile walk.  That was in the early 1950’s.  They actually left their 22 caliber rifles outside the entry way of the school with any game they shot placed in their game bag. This was in Edgar County at the Kansas High School, in Kansas, IL.  After school, they grab their game and guns and hunt on their way home.

Now, we have school boards who listen to attorneys who tell them they have no option but to have a zero tolerance policy for everything.  Those types of policy are for weak-minded board members who don’t have the mental capacity to problem solve the most basic situations that take place at a school.  Much like the morons that suspended the 7 year old for eating his pop tart into the shape of a gun, or the the kid who pointed his finger at a student as if he was shooting him with his finger.   All nothing more than kids being kids, yet the control freaks in this country have instituted a level of protectionism that frankly is killing this country.

It is my understanding a legal fund has been set up to raise money on behalf of this student and as soon as I have all that info we will post it so the people that understand how stupid it is to punish a kid to this level for making an honest mistake can step up and provide some funding to fight back against this nonsense.

To the School Board in Neoga, you should be ashamed!  Your actions send the wrong message and do nothing to encourage students to own mistakes they make. 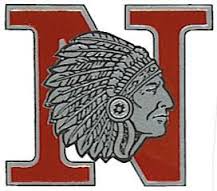