The lawsuit filed against D-210 on December 26th, 2015 points to some of the very same issues we raised with additional key points that expose what we would consider lies and manipulation for gain on the backs of the taxpayers.

On page 29 of the lawsuit, line item 133, we see the attorney has pointed to the School Foundation 990 tax form regarding their claim of no compensation for its Director. An issue that we too pointed out.

The form, which has an ‘X’ in the box next to the statement : “Check this box if neither the organization nor any related organization compensated any current officer, director, or trustee”, is a legal document reported to the IRS.   (See highlighted section of the page referenced)

Looking at the statement on that 990 tax form, is there anyone that would disagree that District 210 is a related organization to the Foundation?

District 210 is in fact a related organization to the Foundation and they in fact have been paying compensation to foundation executives, yet the 990 filing falsely represents that matter.  Claiming otherwise on the 990 should be considered lying.

Many may have forgotten that Al Capone was brought down, not because of his violent criminal acts, but because of IRS fraud.

Did you get that?

Taxpayers are paying District 210 employees to do work for a separate legal entity that basically lied on their tax forms regarding their compensation.

It would appear that lying has come natural for this group of players.  According to Linda Lopez, Director of the Foundation who is a D210 employee, claims “The Foundation has never had an ownership interest in any physical property.”

Up jumps the devil!

One look at this document and we can safely say Ms. Lopez lied in her response to the FOIA requester!  It is clear that physical property changed hands from District 210 to the Foundation based on the document referenced.  Why lie about it?

In addition, the attorney who filed the lawsuit pointed out a very important issue that we missed.  “District 210 has arranged a way for the supposed “volunteer” “Executive Director” and “Foundation Assistant” to not only receive substantial salaries and benefits, but also a public pension through the IMRF upon retirement. Neither charitable contributors nor the Illinois Attorney General have been directly apprised of the relationship between the “separate legal entities.”

How special that the Foundation gets to operate by a scheme of using taxpayer money to pay at least two people to run the Foundation, and have their pensions on the backs of the taxpayer instead of the Foundation where they are actually working.

We will continue to update with more information on the malfeasance by those in charge of the Lincoln-Way District 210 School District as it is clear the local media has done very little in the way of informing the citizens of what is really going on. 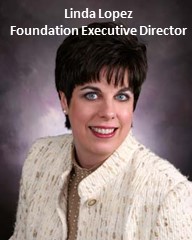