Will & Kendall Co. (ECWd) –
Once again we find defenders of wrong doing not only failed to represent the truth, but clearly had no clue of all the facts before taking a position against our reporting.
We exposed the illegal spending by the Plainfield Fire Protection District in this article and the comments that followed once again prove to be an indicator of how out of touch people really are when it relates to our tax dollars.
Jackie Treehorn –

We knew when we wrote the article that tax dollars were being used to purchase gifts. The claim is that since it is a tax on insurance providers from foreign areas (out of state) then it is not local tax dollars.  I guess they believe there are no locals paying for an out of state insurance policy in which their money is being used for this tax. In an effort to keep this simple, the money being spent belongs to the taxpayer, regardless of where it came from! It is public money! Public money can only be spent on public purposes.
Since some insist this tax is not local money, I wonder what they are going to claim after exposing the fact this Foreign Fire Insurance Board has this policy? “Board will pay 50% of the memberships Christmas gift”  (Click here for approved purchase list)

I wonder how they can explain that 100% of the cost was paid for with the Foreign Fire Trustee Board credit card?  That constitutes public credit being used and by all indications in direct violation of their own policy on expenditures. (Click here for Credit Card Statement)

The person claimed he knows folks at the department and that the gifts were “safety glasses, flashlights, etc. items that are used on a daily basis by first responders.”   What he fails to realize is we don’t care who he knows and what he was told. We care about the documents that support our claim in our reporting.   It was not safety glasses, flashlights etc.  Instead, it was personalized blankets and pillows. (Click here for Gifts Purchased)

We asked for the names of those who received the gifts.  How interesting to find the list only reflects 134 names yet they ordered 150 blankets, 150 pillows and personalized 140 of them?  (Click here for the list.)

Many will argue pillows and blankets serve a public purpose, which I would agree if it was for those who sleep at the station, however, the list clearly shows people who do not work a 24 hour shift.   In addition, if the personnel are union, then such an expenditure has to be spelled out in their union contract as a benefit.

What makes this matter even  worse is the very policy the Foreign Fire Insurance Board has on this issue cites a statute that has NOTHING to do with the actions they are taking with this money.  (Policy page with statute highlighted here.)

Simply reading the statute that they cite you can see it has nothing to do with the Foreign Fire Insurance expenditures.  (Click here for statute they cite)

Contrary to the claim our reporting was irresponsible and false, the facts are public funds are being used to purchase gifts which does violated Article VIII Section 1 of the Illinois Constitution.  People need to understand that although they may feel good about buying things as gifts, those gifts serve no public purpose, thus are a violation of the law.  Rules for public bodies are much different than those in the private sector and clearly people are confusing what you can and cannot do with public funds in a public body.

I would argue that uninformed rhetoric from comments is what polarizes this nation, not our reporting of facts. If people would first investigate the law and case law on these types of matters before spreading their misinformation more would understand why it was wrong to use public funds to buy personal Christmas presents.

The last comment this person stated is priceless.  “It’s usually a good idea to educate yourself on an issue before you start spewing your vitriol.”

Can we simply say, back at you?

For the record, we fully support our emergency response personnel in this country and fully understand the role they play in our communities.  What needs to be realized, this is not about those personnel.  This is about the elected and appointed board members making decisions on spending of public funds in violation of the law.   Those elected and appointed officials must be held accountable.

Public funds, property, and credit shall only be used for public purpose! 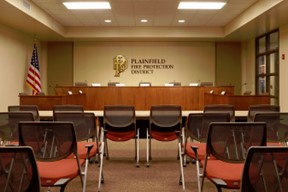