PARIS, IL. (ECWd) -
This article is simply another in the long line of problems created when the Edgar County Board refuses to follow the law, even when that law and their proposed actions are pointed out to them well in advance of any decision they make.
East Central Illinois Mass Transit District, you might remember them as the now-defunct, transit district headed up by an appointed board who rubber-stamped everything put in front of them, leading to criminal investigations of their director's theft of funds. Charges have yet to be filed, but don't hold your breath waiting.
We have been watching and writing about this issue for over 2 1/2 years and still cannot understand how this is allowed to continue.
Back on May 7, 2013, after discussions of the pending sale of public property owned by ECIMTD, I sent this letter showing them [ECIMTD] what they were about to do was in violation of state law, the Local Mass Transit District Act, which tells them the process to use when selling property or real estate. They went ahead with the sale anyway and shafted Edgar County residents in the process.
In June of 2013, the now-disgraced and former board chair Chris Patrick had Kirk Allen ejected from the county board meeting just prior to him exposing the unlawful dealings of the transit district, and at the same meeting where a crucial vote was to take place to dissolve the district (here).
June 22, 2013 we published an article explaining there was trouble on the horizon due to the way the district was "dissolved" and "annexed" into RIDES-MTD, a southern Illinois transit district.
Please keep in mind that the Edgar County Board could have replaced the ECIMTD board members at any time, but chose to let it crumble.
Later, the ECIMTD sold the rest of its property at auction to the highest bidder, paid all of its bills and outstanding debt, and was left with money in the bank. Nice, right? Not so fast!
Of those remaining funds according to the Local Mass Transit District Act, ECIMTD was required to deliver all funds remaining to the county or counties, on a pro-rata basis, for them to do as they please with the funds. This wasn't how RIDES-MTD, our State's Attorney and county board (at the time), or the Clark County Board thought it would go because there was "an agreement" between the former transit district and RIDES for RIDES to receive the monies. A check was written that was intended by RIDES to be a pass-through to RIDES. It violated the law, we exposed and proved it, and the Edgar County Board decided to keep the monies [$150,000+) that rightfully belonged to Edgar County.
There has been a back-and-forth disagreement since then, and Clark County has not received their funds yet.
In steps IDOT's Bureau Chief of Transit Operations, Mr. John Marrella. He writes a letter purporting to say the left over monies go to RIDES-MTD, but he doesn't actually say it, he hints at it with language designed to support the position of RIDES.
[documentcloud url="https://www.documentcloud.org/documents/2647055-Marrellalettermasstransit/annotations/267386.html"]
The problem is, it is our opinion that the advice violates state law, particularly the Local Mass Transit District Act which mandates all remaining funds be divided between Clark and Edgar Counties, for use by their county boards. With the dissolution of ECIMTD, the "project" was also dissolved when IDOT stated all the accounts with them were settled and closed.
Upon reading the letter, I fired off an email to the media relations department of IDOT with a list of questions and a FOIA request for the grant audits listed in the letter.
No response to my questions, and a denial of my FOIA request stating the audits were "internal audits" and not subject to release. The problem it that they already released them to an entity outside of IDOT, making them public records since IDOT cannot grant any person of entity exclusive access or dissemination rights to IDOT records.
[documentcloud url="http://www.documentcloud.org/documents/2647056-CO-15-905.html"]
Now we have a letter essentially telling the county to violate state law, and a refusal to provide the records quoted within the advice to violate state law.
This is why laws must be followed. I expect this to continue for several more years, and may even involve a lawsuit, but Edgar County will win in the end. This could have been avoided had the Edgar County Board done the right and lawful things back in 2013, but it was more fun to violate the law...you know, because they have always done things this way... 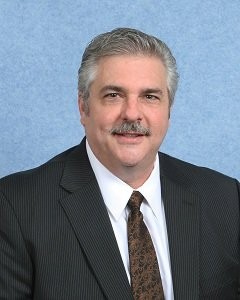