State of Illinois Healthcare and Family Services inked a deal worth over $190 million with Client Network Services Incorporated ( “CNSI” ) through an Intergovernmental Agreement with Michigan, shutting out vendors to provide Medicaid claims processing.  Sources are telling us that number is now over $300 Million but we have not been able to confirm that.   The deal will reduce the state headcount by almost 300 while offshoring the work to CNSI’s facility in India via a cloud solution.

Lots of controversy and interested individuals filed FOIA requests for emails and documents concerning this deal after we started exposing the transaction close to two years ago.  The list is a respectable one and includes National Review, Chicago Tribune, Belleville news democrat (BND) and an interested state representative, Dwight Kay, whom sits on the appropriations committee of Healthcare and Family Services and was shut out when he started to probe the no bid deal.   CNSI is not shy about their business and gave Bruce Rauner a hefty campaign donation alongside Representative Sara Figenholz whom sits on the HFS appropriations committee.

FOIA is important.  Without it you wouldn’t have:

3.       News– as much of the news is a result of a FOIA request to government agencies

The battle for transparency regarding the CNSI no bid deal began about 2 years ago when we began filing FOIA’s that later ended up in our winning a FOIA law suit against HFS for their refusal to produce records. Kirk Allen won that case pro se in Edgar County Circuit Court (HERE). In addition to our case, about 18 months ago Illinois State Representative Dwight Kay filed suit against Healthcare and Family Services as well.   At that time there were rumors that the FOIA officers and administration was conspiring to withhold documents from the press.

Whistleblowers were coming forward speaking of emails with instructions on how to search for FOIA in order to produce no results.   This would give the appearance of complying without releasing any information.   HFS was sued by multiple people in different jurisdictions and the Attorney general filed motions to dismiss the cases, to bar deposing witnesses and withhold documents from in camera review by the judge. (Faulty FOIA search instructions found here)

The names of the HFS FOIA officers were Kyong Lee and Kiran Mehta.

The waste of taxpayer money to keep the secret failed.

On December 8, 2015, Judge Brady in Dekalb County ordered the Attorney General to release the withheld document he reviewed in camera to Attorney Nicholas Cronauer of Sycamore IL.  The document contains instructions on how to evade FOIA and was drafted by Eppie Dietz, former data expert for the Office of Inspector General.  (See order here)

The search criteria used by HFS, now exposed, points to the reason we may have also not received all the appropriate documents in our original FOIA requests. Further review may lead to yet another suit against HFS based on this new information.

It is illegal to withhold documents from the public, but it takes a State’s Attorney to charge the individual and to date no State’s Attorney has stepped up to do what is right and stop the corruption.

ECWd notes that you can read our past articles on CNSI , the Michigan deal and others (HERE). The CNSI articles landed us and/or our research in national and international news and publications. 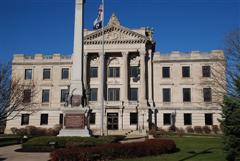