Arcola, IL. (ECWd) -
UPDATE: December 3, 2015 @ 1835
Hearings and arguments were postponed due to an emergency within the Appellate District Court.
Will update when rescheduled...
------------------------
The Appellate Court Fourth Judicial District has set John Kraft v. Arcola Township on its calendar for Oral Argument on December 2, 2015, at 9:oo a.m. in Springfield, IL.
These are the cases coming out of Douglas County Circuit Court and appealed by John Kraft.
They are Illinois Freedom Of Information Act cases.
[gview file="https://edgarcountywatchdogs.com/wp-content/uploads/2015/10/4th-Illinois-Appellate-Dec-2015.pdf"] 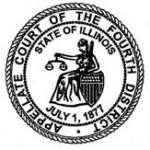