Who is advising DeKalb Sanitary Board Member Tim Struthers? –

DeKalb, IL. – NIU (ECWd) –
Who is advising DeKalb Sanitary Board Member Tim Struthers?
Maybe Tim Struthers’ lack of ethics is compounded by the quality and ethical nature of Keith Foster of Foster and Buick.
Mr. Struthers has been selected to serve on NIU’s Board of Trustees and soon will be in a decision making position to oversee approximately $600,000,000 in spending a year. Mr. Foster serves as the lawyer for the DeKalb Sanitary District (DSD) for a sum of $67,000 a year. When you look at Mr. Foster’s involvement in various projects of both Mr. Struthers and Mr. Irving, you see a quite interesting picture.
During the time Mr. Foster has worked for the DSD, he signed off on giving Mr. Irving a contract worth, in the end, $41,026 and was Mr. Irving’s agent in DeKalb 2020, LLC (dekalb2020a.pdf).
Mr. Struthers bank, FNBO (previously Castle Bank), also paid the bills for DeKalb 2020, LLC (Dekalb_2020_Desc.pdf) during the same period Mr. Irving was awarded the contract in 2013.
Additionally, Mr. Foster wrote the agreement for Mr. Struthers’ now defunct College Town Partners, Not For Profit inc.
Is this the way we expect our public agencies to function? Should we expect a different behavior when he is in charge of these larger sums? 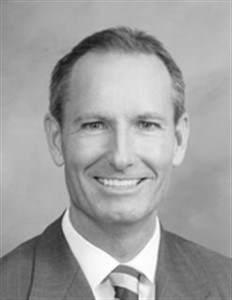