Ever since the March 2015 election, we have seen some interesting losers attending the College of DuPage trustee meetings.  Specifically, former trustees Cory Atkinson and Dave Carlin, both who lost attempts to be re-elected as a COD board member.

During these meetings, trustee McGuire has continued to spread accusation of politics playing a role with the new majority of the board. That being the case, we dove into the “politics” and what we found was rather interesting.

I wonder what Republican Congressman Randy Hultgren, 14th Illinois District, would say if he knew his staffer, Dave Carlin, is providing talking points to Cory Atkinson, who in turn provides them to Democrat Diane McGuire and Erin Birt?  This particular communication appears to be an effort to discredit a registered Republican that was elected with the highest voter count in the history of COD at that time?

What does the Republican Leadership in DuPage county have to say about Cory Atkinson, biggest loser of the four Republican candidates in the DuPage Forest Preserve election, colluding with and coaching Diane McGuire, a top Naperville Democrat, in an effort to claim the crisis at COD was created by Hamilton for political purpose?

Are these newly revealed facts an indicator to the general public that there truly is no difference between these parties?  It’s clear members of both parties are communicating in an effort to create dissension and public embarrassment of COD Board Chair Hamilton.

And of course it is no surprise that in those efforts, they reference the Daily Herald and quotes contained in it as a means of attacking Hamilton.

It will be interesting to see Congressman Hultgren and the the leaders in both parties deal with this matter.  I can’t imagine a Congressman tolerating one of his staffers colluding with and providing talking points to a Democrat in an effort to tear down a Republican who was a key figure in exposing all the wrongs at COD.

As far as Atkinson, he is a multi-election loser, and for what ever reason just can’t get the message the people don’t support him. Maybe the real reason is people see through these political games.

Our job is to focus on good government and we do not get into the politics of Republican, Democrat, Libertarian, or Independent.  However, we do feel it is more than appropriate to expose it when we see a Republican congressional staffer, Republican candidate, and top Democrat colluding and providing talking points for public meetings of a non-partisan public body.

For McGuire to claim actions by the new board are political are laughable considering she followed the instructions from political figures on the other side of the isle as if she was connecting the dots with a crayon.

Is there any real difference between the Republicans and Democrats in DuPage County? 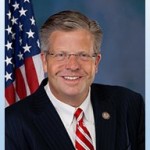