Posted by WICS (click here) –
The trucks used to deliver food to state prisons have been stripped of their state seals and repossessed from the state.
Thursday morning, Larson Group hauled back the five Peterbilt trucks they leased out to the Department of Corrections.
Because of the budget impasse the department failed to make their monthly payments and racked up a $17,000 bill.
The trucks were picked up from … continue reading here…
——————-
This was a followup to the article WICS published the day before detailing the defaulted payments (here). 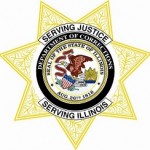