The law only permits such an exemption for the property that you reside in.

Two separate properties, 4828 Forest, and 4529 Saratoga.  The PTAX form shows they claimed the $6000 residential exemption for the 4529 Saratoga property and claimed it was to be their principal residence.   According to sources, they never lived there, but for the last three years they have been the beneficiaries of that $6000 exemption.
Where this takes an interesting turn is a mortgage deed they signed specifically acknowledging they are going to reside at the 4828 Forest property for a year was recorded with the DuPage recorder on December of 2012. (See date stamp and paragraph 6 of the mortgage paper)
Then three months after signing that above document, a trustee's deead was recorded for the 4529 Saratoga property. That document (see Trustees Deed here), along with the PTAX form reflect this as their residence.
Looking at the tax history for the residence in which they do not reside, last year's tax bill should have reflected an additional $386.75 in taxes due.
Several questions we have for this public official, of which at time of this publication she has not responded to our email questions, are as follows.

This is not the first time and we are sure it wont be the last time we expose public officials who takes property tax exemptions not authorized by law.   A recent patronage hiring by the Governors office was exposed claiming the same type exemption in two different states.
One can only wonder how many others public officials in this state are doing the same thing. The question now is what will her employers do?  Will they ask for a criminal investigation for tax fraud?

To the good people of Downers Grove, demand integrity and honesty from your public officials and when they fail you, demand they be held accountable and responsible. 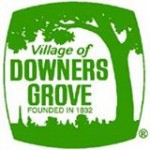