Woodstock, IL. (ECWd) -
Lora Totton Schwarz, head of Technical Services and General Reference Librarian of the Woodstock Public Library has been conspiring with other library workers to violate her "mission" of safeguarding intellectual freedom - but, of course, we all know that only goes for writings she agrees with, banning the writings she doesn't agree with.
Here is an example and proof she was involved in conspiring to take the intellectual freedom from a critic of the Orland Park Public Library:
[documentcloud url="https://www.documentcloud.org/documents/2429619-loratottenschwarzfacebookcomments1/annotations/243778.js" ]
It appears, from our records review, Schwarz has been involved in harassing, bullying, and filing false reports against the facebook account of a Library critic in an attempt at getting the account deleted from facebook. This simply a cowardice move to censor those she does not agree with, while at the same time people in her profession call child pornography "data" and claim it is protected under "intellectual freedom" - Even Barbara Jones, from the American Library Association's Office of Intellectual Freedom was proud to announce the Illinois Library Association gave an award to the Orland Park Library partly to try and stifle public criticism of their fighting to keep from blocking access to child pornography.
Schwarz even go so far as to lie to others about the library critic in order to inflame more against her. What she says in this comment is not truthful:
[documentcloud url="https://www.documentcloud.org/documents/2429619-loratottenschwarzfacebookcomments1/annotations/243779.js" ]
So, while claiming to fight online bullying, she engages in online bullying and attempts to censor other people's thoughts by filing false or inaccurate complaints against a critic's facebook page.
Classic definition of "hypocrite"

a person who pretends to have virtues, moral or religious beliefs, principles, etc., that he or she does not actually possess, especially a person whose actions belie stated beliefs

Did I say she has been doing this during normal working hours at the library she works at?
Nice way to use public funds... 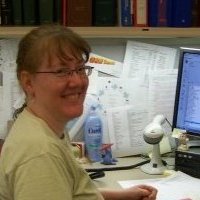