DuPage Co., IL. (ECWd) -
His official website declares that "Our first mission as prosecutors is to seek justice in each individual case." That is what we are asking, for him to seek justice in this case on behalf of every taxpayer in DuPage County.
The issue with the former board of the College of DuPage violating the Open Meetings Act in Breuder's contract 4 years ago is quickly coming to a "do or die" moment for DuPage County State's Attorney Bob Berlin. See Attorney General's determination here.
The Open Meetings Act is specific in relation to who may file a civil and/or criminal complaint against the former board when the 60 days have past after the meeting in question. The County State's Attorney is the only person with legal authority to do so, however, he must do so within 60 day of his discovery of a violation.
Section 3 (a) says it like this:

"...if facts concerning the meeting are not discovered within the 60-day period, within 60 days of the discovery of a violation by the State's Attorney."

Precedence has already been set to define that sentence to mean only the State's Attorney may bring a suit after the initial 60 days after the meeting, and only within 60 days of the State's Attorney discovering the violation. Any citizen may bring suit within 60 days of the meeting in question, but not after.
The "60 days after a State's Attorney discovery of the violation" ends in a couple weeeks for the OMA violation handed down by the Attorney General in July.
Bob Berlin needs to act in the interest of the residents of DuPage County and Community College District 502. There is great public interest in the prosecution of this OMA violation, and there is great public interest in nullifying the contract addenda (extension) to claw back the massive severance package, but most important, to nullify the naming of the Homeland Security building after this disgrace of a college president, instead of after a national hero worthy of the honor.
This first addendum, and every addenda after should be declared invalid. The additional addenda were either approved at closed door meetings or thru the mail without any notice or public input. Berlin should include the additional addenda in the prosecution of the OMA case(s).
Nothing could protect the public more than prosecuting this violation for the people of DuPage County. It would be a sad day to find out that he failed to act and failed to protect the public. It would be a sad day to find out he only "went thru the motions" to make it appear he was looking at it, only to do nothing in the end.
Inaction gives the green light for every public body to violate its duty to the public and to the law.
Inaction places Breuder's name on a building that will forever be a reminder of his failed tenure at COD, and a reminder of the failure of the DuPage County State's Attorney to uphold the law and protect DuPage taxpayers.
Seek Justice. 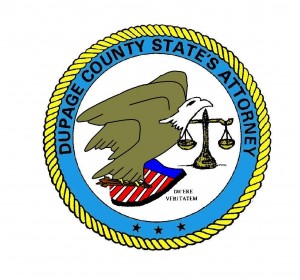