Paris, IL. (ECWd) -
In an attempt at justifying his lies to the Sheriff's Department about wanting a deputy at the airport meeting, Mike Heltsley, in an interview with the Paris Beacon News, stated "his history in law enforcement" that made him call for a deputy - PRIOR TO arriving, all because Rob had attended a meeting that morning at the highway department.
He told the Paris Beacon that he didn't lie. So now he lied about not lying to the Sheriff's Department. All he really had to say in that phone call, was that he was not comfortable being there without protection. Period. He didn't have to make assumptions about people, and he did not have to tell me [after the meeting] that he called a deputy in order to protect me, not himself.
Does this mean anyone not comfortable attending a meeting can get a Deputy to accompany them?
Heltsley has wasted taxpayer funds and Sheriff Department resources like this before (here).
So, by attending a meeting of the board, you are labeled as "wild-eyed", or crazy. I guess that might fit some of the board members, but it certainly did not fit Rob, or me, or the reporters from two local newspapers that were also present.

FIRED: Heltsley was a part time deputy in Edgar County, and was FIRED (by Farnham) after a short time on the job.

As a Deputy, Heltsley violated people's rights while performing as an Edgar County Deputy with illegal traffic stops to satisfy his own curiosity – (click here – page 20 – line 21-23)

FIRED: Heltsley worked for the Department of Corrections and was FIRED from that Union job just a couple years shy of qualifying for retirement.

Claims to have written "tons" of jail inspection reports - Department of Corrections proves that is a lie (here).

CLAIMED: Heltsley claimed to be a "covert investigator" for the Sheriff's Department under Crippes (laugh at it here) but there are absolutely no payroll records for any such service, which means it was a sham lie as we pointed out. 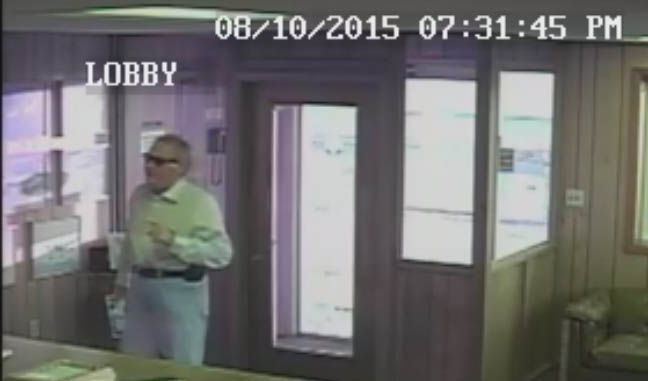 Heltsley with his "covert" sunglasses...