Martinsville, IL. (ECWd) –
Agenda item number IV from the June 25, 2015 school board meeting included taking action on the employment of school employee Jordan Parmenter, who is featured in these articles: English teacher placed on leave after desecrating flag in class – and – the update on that article.
The school board voted to dismiss him from his employment in the Martinsville School District.
For those of you that think he had a First Amendment right to do what he did, we believe you are wrong as his speech during the performance of his duties are not protected.
The Supreme Court has held: “When public employees make statements pursuant to their official duties, they are not speaking as citizens for First Amendment purposes, and the Constitution does not insulate their communications from employer discipline.” (Click here for Garcetti v. Ceballos) 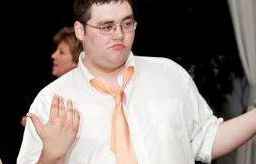