Who is David Sprigg?

– He was elected to the Board of Trustees of the CERWD.
– He is currently the Vice President of Commercial Lending, and President of Marketing at Old National Bank in Marshall, Illinois.
– He submitted petitions for the Board of Trustees at their previous election, where the water district employees used public resources, time, and funds to electioneer in his favor (here), and he withdrew from the race after objections were filed.

What is the issue?

A perceived or actual conflict of interest…

As a public official, he cannot be interested, directly or indirectly, in any contract with the public body he was elected to serve on (with the exception of certain financial transactions with banks). This includes any discussions or voting, delivery of paperwork to the board clerk or the attorney, or anything else involved with these proposed Bonds and Line of Credit.  Sections 3, 3.2, and 4 of the Public Officers Prohibited Activities Act.

The law clearly states that interested parties “shall not participate in any further deliberations concerning the proposed award“. You can hear him “participate” in the audio links below.

The issue with the CERWD, is that the water district is wanting to sell Bonds, and is also wanting to use the Old National Bank in Marshall as the bond issuer. CERWD also want(s) to enter into another agreement for a Line of Credit with the Old National Bank in Marshall, Illinois. With Sprigg being employed at the bank, and involved in discussions of the bonds and line of credit in his capacity as board member, it creates the appearance of a conflict of interest, and just may be an actual conflict of interest.

Additionally, I have requested any information that proves the CERWD advertised the Bonds and Line of Credit prior to committing to Old National Bank. It will be a separate article.

During this meeting held just 14 days from the previous meeting in which the water district attorney stated that Sprigg could not discuss or vote on any bond sales issues, he decides to do just that, and continues on for several minutes uninterrupted.

In the audio below, you can hear the VP of Old National Bank discussing the Bond. Sprigg gives a little direction towards the end of this audio clip.

In this second audio clip you can hear the interactions and discussion between Sprigg and board members when deliberating on the bond.

In the third audio clip, the Board talks about a Line of Credit and board member Sprigg engages in discussions on this issue also. Sprigg has a quick comment at about about the 1:30 mark, and the 3 minute mark he engages in a lengthy discussion. 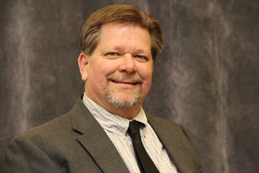