Updated May 17 with more information...

This morning, the Downers Grove Township Refuse Committee held a meeting without posting a notice and an agenda as required by law - then tried denying they were a committee until one of their own members said she thought she was on a committee.

When watching this video, you will be amused at the variety of excuses, denials, and obfuscations ("To make so confused or opaque as to be difficult to perceive or understand") by the committee members .

We will start with the facts:

Fact:  The township board decided on a committee (proof here) with the citizens to discuss the best way to have trash pick-up service in the unincorporated area of the township (more proof of committee formation here)

Pleasantdale HOA President
Thanks for your comments regarding the Downers Grove Township Refuse project. I've forwarded your comments to Jack Novak, Chairman of the DGT Refuse Advisory Committee who along with the Committee will consider your suggestions along with all other HOA suggestions. Your comments will be noted for future consideration but will not be part of this next Board Meeting due to time constrictions for the comments to be part of the agenda. All future suggestions should be addressed to Mr. Novak and the Committee for their future recommendations to the Board.
Frank Wurster

Fact:  The committee decided to have a meeting this morning

Fact:  Committees of a public body, including advisory committees, must comply with the Open Meetings Act as if they were the public body - including posting a notice and an agenda at least 48 hours prior to a meeting.

Key points from the video:

Q: Where was the meeting posted publicly?

A: This isn't a public meeting - this is a committee meeting - it's not open to the public - it's a working, it's my committee - it's an advisory meeting -

A: This isn't a quorum - it isn't a public body

Q: So this isn't a committee?

A: You are confused - this is a committee, an advisory board made up of citizens

A: We are only here to take recommendations to the board

Now, while they are sitting at the board tables, they start accusing her of getting political, etc.

Chairman keeps interrupting and claiming she is wrong

Committee member: I need clarification, I thought I was on a committee 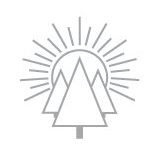