Just about the time you think you have seen it all, up jumps the devil one more time!  Hancock County Board Vice-Chairman lied to the State's Attorney regarding construction costs.  I say lied because once you read the document sent to the County Board by State's Attorney James Pohren, I think you will agree there was no truth to the claim this project would be approximately $5,000.00

In the letter to the board, the State's Attorney states, "At this point the County is in an awful legal position for the following reasons", then lists 5 serious concerns however he missed the biggest of them all in our opinion.

Who are the players in this operation?

We know that Dave Walker directed the selection of the contractors to be used, which he has no authority to do without board direction,  and are working on confirming that Dave Walker just happens to work for Mark Huston.  The reason that is important is because we have been informed those two are working on this project in question, which may create another huge can of worms.

I contacted the State's Attorney to address a couple other issues that he failed to point in his memorandum to the county board, however, as of publication no response from his office.

It does appear he is trying to get out in front of this scandal so for that we thank him!  It is rare to see a State's Attorney hold their own board accountable to the law.

A couple of laws he may have overlooked in this case may prove quite interesting if it's proven these board members were in fact getting paid for working on this project.

(50 ILCS 105/3) (from Ch. 102, par. 3)
Sec. 3. Prohibited interest in contracts.
(a) No person holding any office, either by election or appointment under the laws or Constitution of this State, may be in any manner financially interested directly in his own name or indirectly in the name of any other person, association, trust, or corporation, in any contract or the performance of any work in the making or letting of which such officer may be called upon to act or vote.

Sec. 33-3. Official misconduct.
(a) A public officer or employee or special government agent commits misconduct when, in his official capacity or capacity as a special government agent, he or she commits any of the following acts:
(1) Intentionally or recklessly fails to perform any mandatory duty as required by law; or
(2) Knowingly performs an act which he knows he is forbidden by law to perform; or
(3) With intent to obtain a personal advantage for himself or another, he performs an act in excess of his lawful authority; or
(4) Solicits or knowingly accepts for the performance of any act a fee or reward which he knows is not authorized by law.

You can read the Memorandum below and remember when you read this, this type of stuff is going on across this state and this is the FIRST time we have seen any type of proactive action by a State's Attorney.  We do know he is a new State's Attorney and may not be up to speed on all the applicable laws in this matter, but we would like to urge he immediately contact the Illinois State Police and have this investigated as a crime.  The reason for that is because if these Board Members violated the very laws they are required to follow, and made money in the process, they should be charged with Official Misconduct at a minimum.  They must be held accountable!

My hats off to the board members who had the courage to speak up on this matter!  Your service is appreciated! 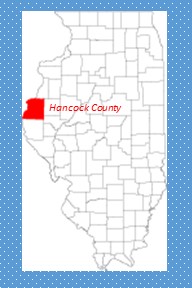