During the April 2015 regular meeting of the Clark County Park District Board of Commissioners, the Executive Director, Charity Murphy, submitted her “Director’s Report” that purported to report on several items of interest that had been accomplished during the previous month along with other items. Before beginning, this article should not be construed as to shed a bad light on the person/company that performed any work at the park. It is about accountability to truth and to the public.

One of reported items was that the painting was all donated, to include the paint and labor – or at least that is how most people read it. See for yourself:

“This work would not have been possible without the generosity of …[name of company]… who donated 105 gallons of commercial-grade paint along with several members of their team to complete the projects. The paint alone would have cost us more than $4000 had we purchased it on our own.”

The implication was that everything was donated, paint and labor, for the projects, but it wasn’t until some people started asking questions that the director finally publicly stated that she in fact wrote a check and gave away two seasonal campsites in exchange for the work. The value of this is over $4000 including the check written, the value of the seasonal spaces, and the boat space/boat pass that we believe was given away also (that she neglected to talk about) – at a time when the commissioners are telling people the park is broke.

Any “bartering” involving park property violated the Park District Code because express authority was not conferred at a board meeting for this “barter”:

(70 ILCS 1205/4-6) (from Ch. 105, par. 4-6)
Sec. 4-6. No member of the board of any park district, nor any person, whether in the employ of said board or otherwise, shall have power to create any debt, obligation, claim or liability, for or on account of said park district, or the monies or property of the same, except with the express authority of said board conferred at a meeting thereof and duly recorded in a record of its proceedings.

Acceptance of this “gift” – which it really wasn’t – violated Park District policy is several areas, to include:

Park District Policy Manual – Page 51:   Chapter 5 – Financial Operating Procedures, Section 2.1 – Purchasing Policies:  For purchases below $500, staff will conduct a comparison of prices from different vendors to find the best value. Purchases between $2,000-20,000 require written bids quotes from three vendors. The written quotes should be turned into the Finance Department, attached to the purchase order, and kept with the paid invoice.

Some people may ask what the problem is. The problem is that it not only violated Illinois Law, it violated several Park District Policies, and it violated public trust. How is anyone else to know if there were other people that would “donate” in exchange for campsites, dock space, and boat passes? Not to mention this “donation” came from out of district and out of state. 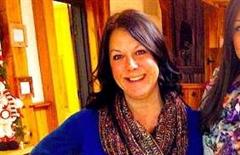