Orland Park Public Library employee Bridget Bittman decided a few months ago to file what I would call a frivolous lawsuit to silence critics of the library’s free access to child pornography and her actions while employed at the library, see background on this lawsuit (here).

Bittman set up a gofundme, #fightfair page to solicit donations for her lawsuit – thinking other people needed to pay for it – stating that “THE SITUATION IS SO DESPERATE THAT SHE IS DRAWING FROM HER HOME EQUITY LINE OF CREDIT” to fund the lawsuit:

Copied directly from her gofundme page:

The lawsuit  is not a frivolous filing. She is not dipping into a personal store of cash to pay for the defamation lawsuit– the situation is so desperate that she is drawing from her home equity line of credit to seek relief from the harassment she has endured.

Wow, pretty desperate – where do I donate?! She must be eating bean and rice in order to pay for this lawsuit…But wait, there’s more…

Apparently the situation is not so desperate after all, because she seems to have the funds available to take a Spring Break vacation in Florida as pictures captured from her facebook page show: 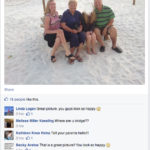 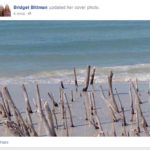 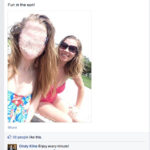 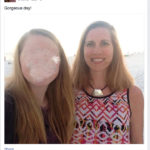 That’s right, the situation is so desperate that she had to go on a Florida vacation.
Bittman has been aggressively soliciting money online to fund her lawsuit and most of the identified donors to her campaign are employees of public libraries or members of the American Library Association. There is a strong argument that these people chipped in for Bittman’s lawsuit because silencing critics of one public library benefits all libraries, since people are afraid of being sued.
Bittman recently posted a bunch of photos to her Facebook account of a spring break trip she took this year to Florida. The page she has setup to fundraise for her lawsuit claims she is desperate for every penny she can find to fund her litigation. Yet, she could apparently afford an expensive trip to Florida this year and a week on the beach. That doesn’t add up.
Perhaps this online fundraising campaign is just a PR stunt by Bittman to depict herself sympathetically. On her LinkedIn profile, Bittman claims to be a 20-year expert in public relations and “crisis management” techniques. She also claims to have done PR for the DuPage County Board.
Someone who truly needs to solicit funds online from strangers to fund her SLAPP lawsuit would not seem to have any money to spare for an expensive spring break trip to Florida right now. A person who was truly desperate enough for money to be aggressively begging for it online would not even be able to go to Florida in the off season, let alone pricy spring break (the most expensive time of year to be flying down to Florida).
Please take this into consideration should you feel the need to make donations – and you might even consider donating to us! 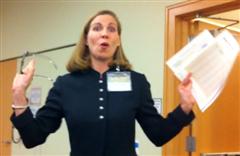