City of DeKalb writes its own Open Meetings Laws –

The City of DeKalb thinks they are special and that they are the only public body in the state that can prohibit public comment, because they wrote their own version of the Open Meetings Act that only applies to them…because they said so.

Illinois Open Meetings Act and the Public’s Right to Speak

(g) Any person shall be permitted an opportunity to address public officials under the rules established and recorded by the public body.

We all know that a meeting is defined as any gathering of a majority of a quorum of a public body (or of a committee) is a public meeting and the Open Meetings Act applies in its entirety.

So I went looking for any language in the OMA that said the City of DeKalb could make its own version to prohibit public comments at its meetings. I found no such provision in the OMA.

The City of DeKalb’s website listing its City Code has a section dedicated to meetings and their rules established for public comment.

Under DeKalb city code section 2.06 they place restrictions and prohibitions on public comments during its “Committee of the Whole” meetings:

Wow. How sweet is that!? So here we have a city council that thinks it is special enough to be able to just throw the OMA out the window and dictate that people cannot speak at one of its public meetings.

If that wasn’t enough, the city also codified other meetings where public comment “is not permitted” – and they think they can do this at any time:

3. Public Comment Not Permitted: The City reserves the right to conduct public meetings at which public comment is not received, when the chair of the meeting determines that it is necessary to do so in order to provide for orderly and efficient governance. Notwithstanding the foregoing, unless the City is responding to an actual emergency or is otherwise permitted by law to act in such a fashion, as determined by the chair, the City shall not take final action on any item of public business when the sole discussion of such item has been at a meeting where public comment was not permitted. (12-90)

They could not be anymore wrong than what they have put to writing. 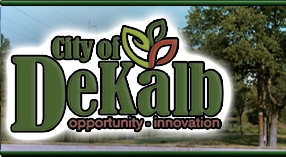