Why Is Rob Denny’s “Return To Positive” So Negative?

Why is it that Mr. “Return To Positive” Denny’s campaign is so focused on negative?

Someone should ask him this the next time they see him: “Mr. Denny, if you are all about “return to positive”, why are your ads so negative?” or better yet: “Did you even research the email incident before putting the misleading information in your ad?”

Let’s examine this a little bit:

An ad, in which ironically I fully agree with the top statement: “Revealing the Truth is uncomfortable for those who want to avoid it” – the problem is that Denny is the one who wants to avoid the truth!

Here is that Truth “Rob” Denny wants to avoid:

Even more ironic is the “Return To Positive” message while the entire ad was negative: 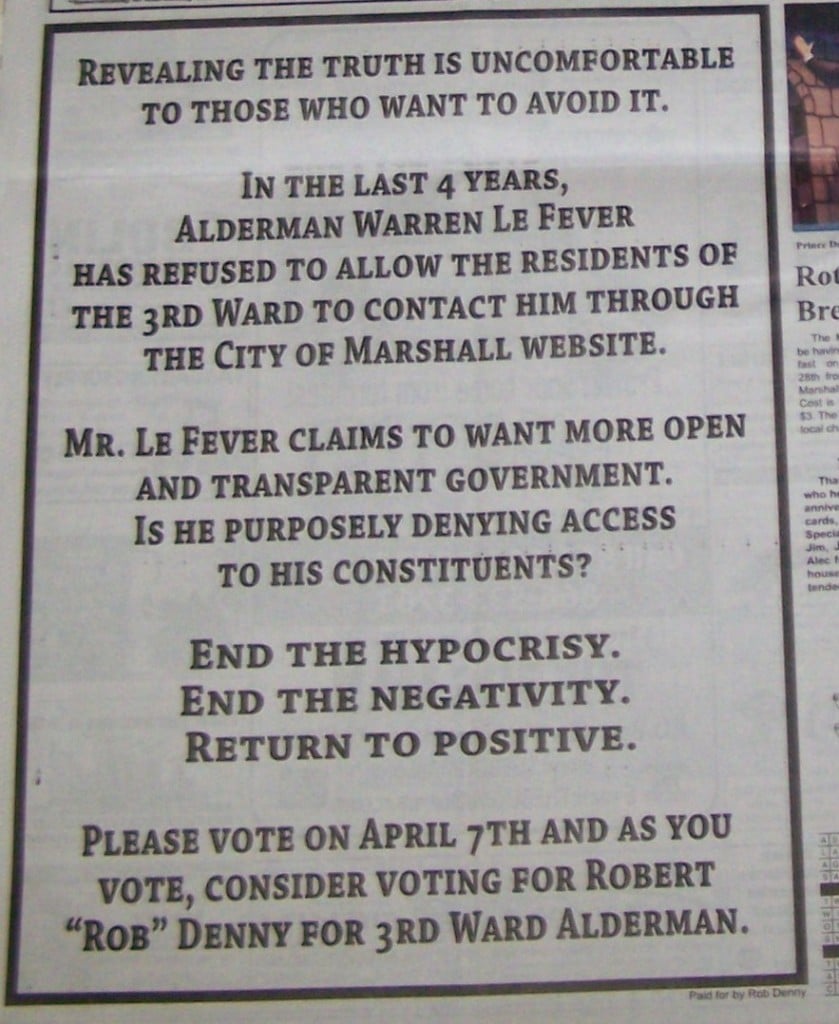 I reached out to LeFever and asked him about this and here was his response:

“The specific reason I do not have an e-mail account in the city system is to protect trusting residents from having their e-mails to me also read by the Mayor and city employees if they have a complaint.  I have a listed phone number with an answering machine if constituents have a problem.”

To further prove this issue, is the “Welborne incident” which was the basis for his decision to protect his constituents from those intending to do them harm. As a matter of concern was the fact that emails sent to city aldermen email addresses were read by the mayor and city staff, them printed and placed in the alderman’s mailbox. This destroyed any privacy a person expected and gave the city staff and mayor the opportunity to extract revenge if need be, and without the knowledge of the alderman.

I say congratulations to Alderman LeFever for spotting the problem and taking immediate measures to put a stop to it – PROTECTING the residents!

It appears, from Denny’s campaign ad, that he would prefer to not point out the problem and let his constituents feel the brunt of government retaliation for a simple email – nothing like melting down like slug in a salt factory.

The “Welborne incident” page 1 and page 2 as it was printed in the Marshall Advocate, which was prior to Strohm (Marshall Advocate) refusing to print campaign ads or anything else for candidates that did not bow down and grovel at his feet.

Speaking of ads, Strohm won’t run ads in the Marshall Advocate from certain candidates he doesn’t agree with, but has no problem printing ads placed by a known wife-beater, and that article will be coming out shortly. No, I’m not talking about Denny being a wife-beater because he isn’t, this is another persons ad I’m talking about. 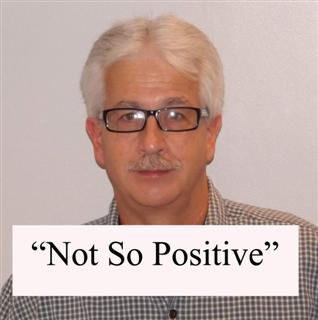