Kirk Allen and I made the trip to Springfield this morning to testify at a Legislative "Judiciary-Civil" Committee Hearing on HB-248, an amendment to the Open Meetings Act. We provided oral testimony as a proponent for the Bill sponsored by Rep Dwight Kay, while the Illinois Municipal League and the Illinois Association of Park Districts provided oral testimony in opposition to the Bill.

My testimony included several court interpretations of the statute and recent incidents at the Clark County Park District. Kirk's testimony included recent events at the College of DuPage, and Rep. Kay provided an example from a public body in his district. The IAPD and IML both were concerned about "when is an action finished", but that is already addressed in the statute.

HB-248 passed out of committee with a unanimous vote. This Bill was to add the words "and open" in Section 3(c) of the Open Meetings Act to clarify the legislative intent since various courts have made decisions in opposition of each other.

The other proponent to HB-248 was the Better Government Association

You can view the Witness Slip information (here).

While in the Capitol we renewed our Media Passes for the House Floor, visited Rep. Jeanne Ives, Rep. Reggie Phillips, Rep. Dwight Kay, Sen. Chapin Rose, and also stopped by the offices of the Gov and Lt Gov. 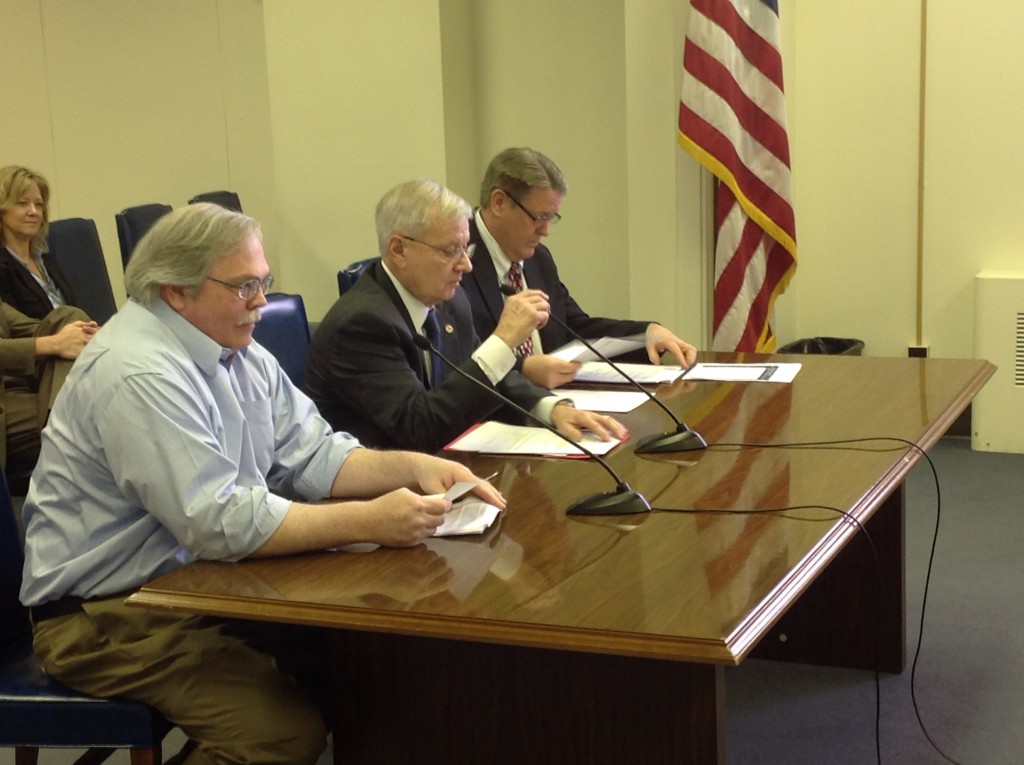