Before diving into additional concerns with the COD – US Bank arrangement, let’s bring in the new players!

Who hired a public relations/crisis management firm on behalf of COD?

So now we have three separate people who are all connected to US Bank and all three are making, or going to make money off of COD and the failures of its Administration led by Robert Breuder.  Mix that all up with legislatures screaming about audits and then bring in the mix a PR firm in which the House Speaker’s Son-in-law is a Senior Consultant, and we can only wonder, is there a whole lot more to the problems at COD?  Are things really that bad or are there some wagons that need circled as it relates to the exclusive no bid US Bank/COD contract matters we have been exposing?

The COD/US Bank contract spells out some very specific language in section 4 as it relates to the Banks obligations and payments to COD. It appears no one is paying attention to the details! (See Section 4 of the COD/US Bank Contract)

Who are these payments to be made to?
The College of DuPage!

Is ANYONE paying attention to what is going on with this contract?

“Can you help with what this check is for? No one here seems to know why it arrived and for what.”

What does Glaser do? You know, the Senior Vice President of Administration and Treasurer who is supposed to be the one US Bank checks are paid to? He forwards the email to US Bank for them to explain to him what it is for! A day later they tell the COD treasure what the payment is for. (Click here to read the e-mail exchange on this!)

First problem, why didn’t Glaser know a rent payment was past due and be on the lookout for it? Why has he yet to collect the past due rent which is 4 months’ worth? Once again, the team that bragged about their internal controls is exposed by their own e-mail communications! (Click here to read the e-mail exchange on this!)

That’s minor compared to this!

The only thing COD produced was a copy of payments that equate to rent payments, minus the first 4 months of the contract. I have to assume, since we know COD would never violate FOIA, the records provided are complete. (Click here for what they provided)

The first two are annual payment requirements to be paid to COD and used as a US Banked name sponsorship and scholarship opportunity that is mutually agreed upon by the bank and the college.

Those annual payment obligations by contract total $5,000.00 and have never been paid to COD!

We do find a US Bank Scholarship fund for $5,000.00 in March of 2013 to the COD Foundation however no sponsorship is noted, which was required in the contract, only scholarships. Also note that the Foundation IS NOT the College of DuPage! Is this supposed to represent the annual scholarship payments in the contract? (See board packet for payments highlighted pages 20 and 21)

We see in the July 2013 board packet another $5,000.00 US Bank COD Foundation payment for another scholarship fund. Is this to cover the $5,000.00 royalty obligation for signing up 3,000 new checking account customers? (See page 24 of board packet)

So where am I going with this?

It is clear, COD has not been paid their portion of mandatory items for items 4.3.1 and 4.3.2 as outlined in the contract. Thus, US Bank not only owes for 4 months’ rent never paid, they also owe $15,000.00 to the College of DuPage to be used as sponsorships and scholarships.

I suspect we are going to hear from COD and based on what we are hearing from several people, they are going to claim the payments US Bank made to the Foundation were those payments outlined in section 4.3.1, 4.3.2, and 4.3.3.

MAJOR PROBLEM WITH THAT POSITION!

COD Foundation is not who US Bank has a contract with for starters. More importantly, the Foundation is a nonprofit 501c3 organization which raises some questions that I am sure some fine accountants could answer.

The contract obligates US Bank to pay the College of DuPage, not the COD Foundation.

Since COD has not been paid anything other than rent on this contract, it appears to be pretty clear we have a breach of contract.

So was the US Bank contract obligations a smoke and mirrors operation used to help build up the Foundation financial numbers?

Once again, lack of over-site from the team that bragged on themselves is exposed! A simple contract with payment obligations to the College and no one is paying attention, from the first rent check received late to what is now thousands of dollars of debt owed COD!

All indications are this falls directly on the shoulders of their financial king pin, Thomas Glaser and the King himself, Robert Breuder!

All of the above information is based on the assumption that COD has complied with the FOIA law and provided all the records requested.  If they produce something after this publication then those responsible should be charged criminally for concealing public records! 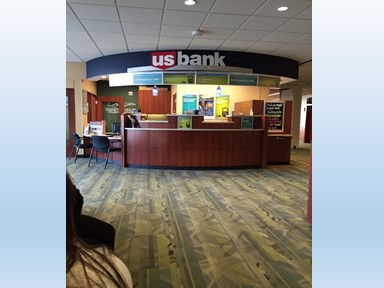