COD – Doubling Down re: No-bid Contracts

Executive Director Brod made some pretty amazing claims in response to a candidate’s comments during the recent COD Meeting. It appears articles published 3 months ago are going to create quite a problem for these public officials who either can’t read, don’t read, or are completely delusional.

I would love the opportunity to sit in a room with these people and discuss these issues directly because they are masters at deception with snip-its that get published which, more often than not, are a misrepresentation of the truth and / or outright lies.

“Brod, however, said all the foundation members who are vendors for COD “have been performing their services long before joining the foundation.“ (Daily Herald article)

That is a LIE!

Carla Burkhart, owner of Herricane Graphics received her first contract with COD April 19th, 2012.  That was a No Bid, No RFP contract.  Carla Burkhart’s name shows up on the Foundation 990 forms for the first time in the 2011-2012 fiscal year, which ended June 30, 2012. That being the case, it is clear this foundation member was not providing services long before joining the foundation as Brod claims.  (See Page 7 of Foundation 990)  (Burkhart Contract)

Giving Burkhart the benefit of being appointed to the foundation on the last day of the fiscal year 2012, that would mean she was a vendor for a whopping 72 days before becoming a foundation member.  Is there anyone on this planet that considers that long before joining the foundation?

Next is the lie from trustee Savage, who is asking the public to put her back in office April 7th.  She chose to pile on with Brod regarding these insider pay to play contracts with Foundation members.

“She also said the existing COD board examined the issue back in December 2013. Since that discussion, the college has issued RFPs (requests for proposals) for professional services even though state law does not require it,” Savage said. “These recent statements by some trustee candidates either reflect a lack of actual knowledge of the situation or are intentional attempts to mislead the public.”(Daily Herald article)

That is a LIE!

This is direct evidence that Trustee Savage is more interested in deflecting the issues than dealing with it. She LIED to the Daily Herald!  (January article on Foundation member No RFP in 2014)  (Herrricane Graphics 2014 Contract)

“reflect a lack of actual knowledge of the situation or are intentional attempts to mislead the public.”

Trustee Savage’s comments are mirrored right back to her and the documents prove it.  She has a lack of actual knowledge of the situation or is intentionally attempting to mislead the public.

Trustee Savage has no business sitting on the board and for the life of me I will never understand what these people are thinking.  They react and never think.  I can only assume their parents never educated them on the value of knowing what you’re talking about before opening up your mouth and showing everyone how ignorant you are. 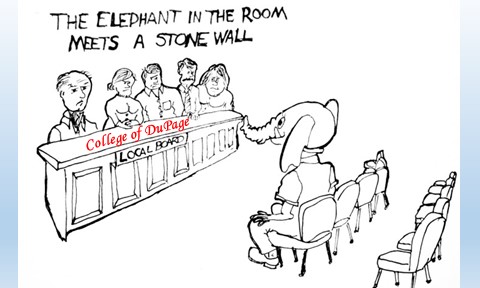