COD – Any validity to the MAC numbers presented?

During the February meeting COD ran though a power point presentation that showed some staggering numbers.  Numbers so staggering I couldn’t just accept what they claimed.   As it relates to the Waterleaf, they refused to give me the information used to prepare their numbers.  I covered that in this article.

The auxiliary operations have lost $9,879,804.00 in the past 7 years according to their presentation numbers!

They claimed that the conservative numbers of 80,000 people attending McAnich Arts Center (MAC) would generate $1,968,000.00 in ancillary revenue each year for DuPage County businesses.  (See Page 10 of the presentation)

That number was a conclusion they made based on a 5 year old study from the Americans for the Arts web site citing $24.60 in ancillary spending.  Sadly, once again, things are not adding up! When using the very numbers they outlined in the presentation there is a $1,833,256.00 discrepancy in their representation compared to using the very calculators they pointed me to!

For starters, read the information on the America for the Arts web page on this to get a foundation of their evaluations. (Economic Impact Link for Americans for the Arts)

“Using findings from 182 regions representing all 50 states and the District of Columbia, an input-output economic model is able to deliver national estimates.”
What did COD use to come up with their numbers?

I asked for the following:

I appreciate the input they provided in the FOIA response because it pointed me to some very interesting information that needs to be shared. (Click here for FOIA Response letter)

“The American for the Arts is a free website resource for Arts Organizations that offers calculators, downloads, and powerpoints to demonstrate the economic and social impact of the arts by geographic location or metropolitan area. The information is free to anyone to assist in preparing for Arts presentations.”

Using COD expense numbers from the presentation of $1,023,000.00 and attendance estimates of 80,000 the American Arts Calculator puts the local economic impact at $134,744.00.  (Link here for the Calculator and plug the numbers yourself!)

I would say that is far less than what was presented.

It was not the Chicago study they provided because that reflects less than the $24.60 they cited in the presentation. The Chicago study showed $24.36 per person and I have a hard time believing COD is going to have numbers higher than Chicago, a city with far more Arts related programs and people than COD! (Chicago study provided by COD that was done by Americans for the Arts)

Considering they did not provide any cost benefit analysis we are left to assume their so called conservative estimate of $1,968,000.00 of local economic impact to DuPage county is solely based on the assumption that the 2010 study of $24.60 per person, cited by the AA, applies to DuPage County. (FULL 378 page study details)

What I found most interesting were some of the tables in the full report.  Chicago was the closest I could find for DuPage County.  Page 115 outlines the local revenue generated based on $100,000.00 of expenditures, which in this study shows Chicago would generate $4,580.00 of total local revenue, which is a 4.58% return.

Using that percentage comparison for the COD expenditures of $1,023,000.00 we see the total local revenue would be an estimated $46,853.40, which is approximate one third what the calculator numbers provided.

I would encourage close review of any numbers coming out of COD as those who have ever worked with numbers know, you can present them in many fashions to impress your audience when their is no time to validate them.  Take some time and validate the information your are being fed! 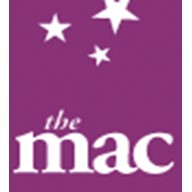