With the upcoming Mayoral and Aldermanic elections for the City of Chicago, the city has apparently decided to keep requested public records a secret. The records requested are such that they could point to disqualification for office if revealed.

On January 31, 2015, I requested records relating to nearly every elected official in the City of Chicago government. The records I was seeking pertain to debts owed to the city, which included the time-frame for election petition filing. (read it below)

On February 2, 2015, I received an email extending the deadline by an additional five working days, and it stated the records would be provided on or before February 18, 2015.

On February 19, after receiving no response, I emailed asking the FOIA officer if the records had be sent yet. I received no response.

On February 20, I sent another email asking the FOIA Officer to provide the requested records. I received no response as of the date of this publishing.

The records requested were for: Copy of all bills / invoices / statements / other letters of indebtedness for water, electricity, trash pick up, parking tickets, traffic tickets, car stickers, pet licenses, library fines, and any other municipal fee imposed since January 1, 2014 for the following city officials:

Why this is important, is that the Illinois Municipal Code [Sec. 3.1-10-5. Qualifications; elective office.] specifically disqualifies people from office who are in arrears of a debt to the municipality they are seeking office in, or currently hold. This includes qualifications to file a petition, to take the oath of office, and to continue to serve a term, and if found in arrears of a debt at the time petitions were filed, could keep them from taking office even if they receive the majority vote totals since they would not have been qualified to even run for office.

This lack of response to a FOIA request clearly indicates to me that this is simply a stall tactic to keep potentially embarrassing information from becoming public in the days prior to an election. 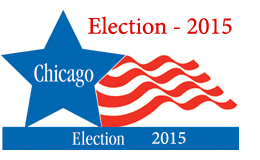