We have received several calls and emails telling us that Mayor Sanders, Marshall, IL., has been busy today trying to get people to sign an affidavit. One of them sent us a picture of the affidavit.

While gathering signatures is generally an admirable thing, obtaining them with false information is frowned upon.

It is obviously an attempt at jabbing at citizens using their rights to object to petitions that they feel are not in compliance with the Illinois Election Code, potentially making those petitions invalid.

FALSE: This affidavit starts out by saying that “I have been told” that those in support of Objectors presented arguments during the first hearing…

TRUTH:  First of all, if he felt strongly about these objections he would have been in the hearing room. If he had been at the hearing, he would have known there were no arguments presented during the first hearing.  He would have also noticed that people talked during the legally mandated public comment portion of the public meeting. One spoke on the subject of petitions and the need for them to comply with the law – and the difference between a minor error and a fatal error. Another commented that he was asking the board to disclose any personal and business relationships with any candidate or objector prior to the hearing on January 13th. A third person spoke on his view that since he had not dealt with objections in the more than 22 1/2 years when he was a county clerk, he thought this whole process was petty and that it was a waste of money and we should just let the voters decide.

Public comment is not to present “arguments” or “evidence” to the board. It is merely a way for members of the public to address the board.

FALSE:  The affidavit addresses that they now want the electoral board to number the petition pages, thinking the issue will be over if that happens.

TRUTH:  So they will acknowledge the petition defects, while asking the board to ignore them. The law requires that petition sheets be numbered consecutively prior to presenting them to the appropriate office for filing. Any numbering at this stage will not change that fact.

FALSE:  I then ask that the affidavit be entered as “evidence”.

TRUTH:  The only people that can enter evidence or arguments are the candidates and petitioners or their respective attorneys.

I’m having a hard time trying to figure out, with all that has happened recently in the City of Marshall and the Bev Church issue with her not being qualified to serve as an Alderman – but everyone knowing and letting it happen anyway, that Sanders would try and dig that hole even deeper by passing an affidavit around that purports to violate the integrity of the electoral process.

It is simply amazing that one of the commenters at the meeting was the very person that issued the voter registration card to Church, and we have been told by reliable sources, he knew she did not live at the address where she registered to vote. Makes you wonder what other “petty” things he let slide when he was in office… 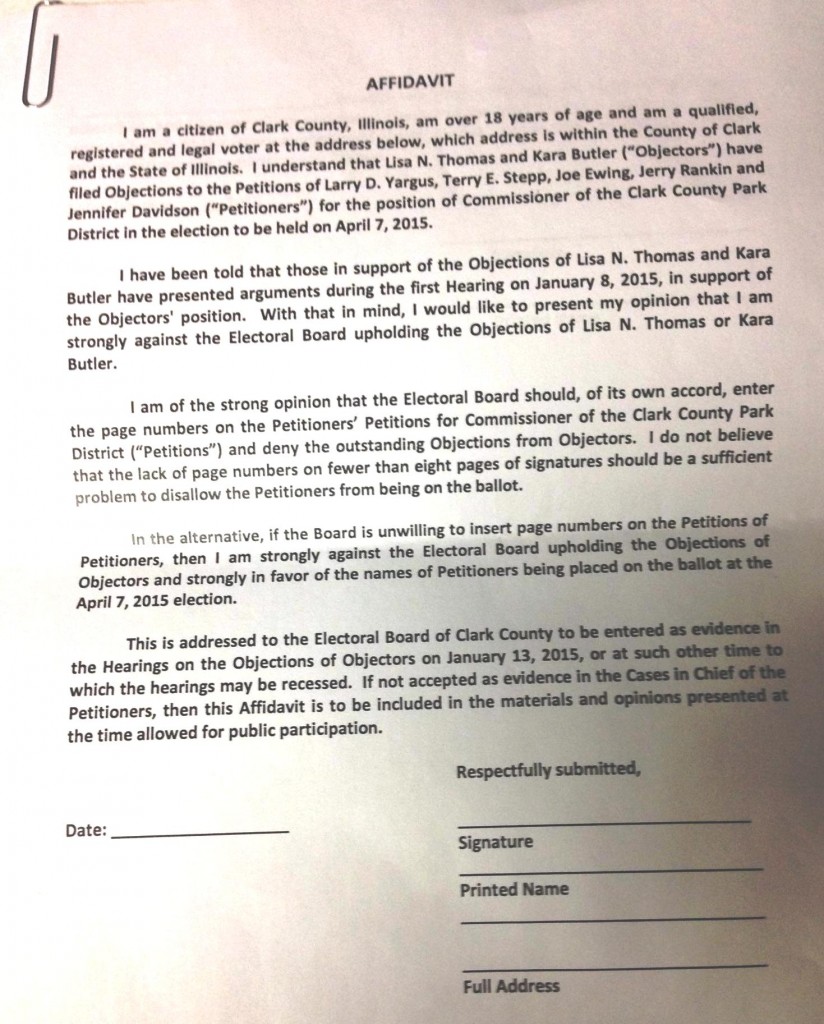 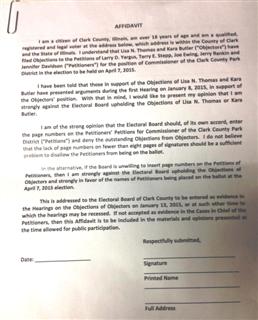