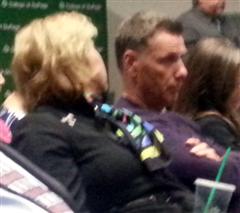 With all of the uproar and disgust over the College of DuPage gifting Breuder one of the largest, if not the largest, severance package in the history of the state of Illinois, this article will focus on Chairman Erin Birt's actions and comments during the discussion of this at the open meeting.

First, had it not been for the Chicago Tribune, nobody would have known about this contract addenda vote, and what was actually in the proposed addenda.

The Illinois Open Meetings Act never requires a meeting to be closed to the public, and since that is the case, there is absolutely no such thing as "private" or "confidential" mandates within the Open Meetings Act. A trustee can leave a closed meeting and tell first person they see everything that was said during the closed meeting, and there is nothing the board can do to stop it. It is not a violation of any law, statute, or rule. Despite that, almost all of Birt's comments dealt with a claim that a draft copy of the addenda was leaked to the media, and she didn't like it.

Claiming no one, not even the board members, had a copy of what was being voted on, and that the leaked copy "might not be the same thing up for vote" was one of her claims, additionally, insinuating Trustee Hamilton of leaking the information to the press and quickly backing up from that statement when Hamilton asked her to "prove it." Birt even admitted to not having a copy of it when calling it to a vote!

At about the 7:40 mark in the video, the Board Attorney refused to state when a copy of the addenda was uploaded to the COD website, only stating "it is on there now" after three direct questions by Trustee Hamilton asking "when was it made available to the public" - then Birt jumps in to start ranting about it being a personnel matter, a draft, a confidential matter.

At 9:15, Chairman Birt, brought great embarrassment to the College of DuPage by falsely accusing Trustee Hamilton of making the agreement available to the public - you know, making a false statement during a public meeting, accusing a trustee of something she had absolutely no proof of. Something worthy of censure had Hamilton accused Birt of the same thing.

This vote makes me wonder how many of them were treated to a meal on the backs of the taxpayers prior to this meeting, like they've done many times before.

This is another shining example of everything that is wrong with this Board of Trustees.

Below are photos from the meeting... 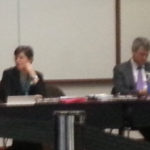 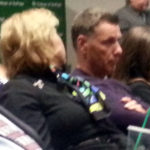 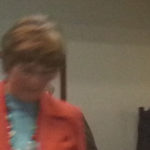 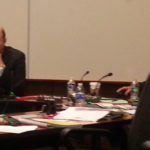 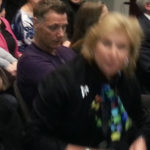 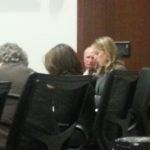 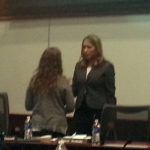 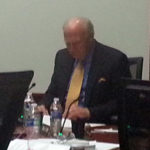