It is becoming very clear a pattern of pay to play and self dealing is taking place between COD and Foundation Board Member owned businesses, and you don’t have to be a procurement specialist to see it!  The pattern supports a failure in the internal controls and by all indications lies are being told to downplay the concern.

To date COD has not provided a copy of any request for proposals, yet a contract issued to Herricane Graphics cites a proposal was provided?  Why would one be provided if they never asked for one?  (Click here for the FOIA response and here for what was provided)

Note the Board Approval Document exposes an internal control failure. On the first page of the document it outlines twice, a contract amount of $90,340.00.  Now look at the signature page where Breuder and his team sign their request for approval from the board.  The signed record reflects a dollar figure of $85,340.00?

COD has not produced a single document that an RFP or Bid was ever established for the above mentioned contract yet they reference one being provided.

“For the avoidance of doubt”?

What on earth are they referring to with that statement?  Why on earth would anyone have a reason to doubt anything in this contract?  Was this a case of they knew Herricane Graphics was not an Architect so just put a statement like that in there to offer assurance to keep people from questioning it?

In an email chain between foundation board members, Breuder, and Trustee McGuire, we find Breuder is providing assurance to McGuire that they are doing things properly. (Click here for the e-mails)

If Breuder is to be taken at his word I wonder how he is going to explain this set of words buried in board approval documents?

“The initial contract was for design only. Herricane was the successful contractor for installation as well.” (Click here for the BAD containing the above information)

If Herricane was the successful contractor for installation on top of the design work then they MUST competitively bid like anyone else just as Breuder claimed!

I specifically asked for copies of all announcements for bids on the projects performed by Hurricane Graphics during the last 5 years as well as for copies of all bid’ s received for the above referenced projects. (Click here for the FOIA request)

They provided a response but there is a rather large problem for COD, Breuder, and his Senior Management team.  There were no bids provided in my request for any HEC 911 Signage nor any bid award recommendations for such.  So in short, the board approved the HEC 911 Signage for $14,159.00 to Herricane Graphics even though no actual bid was requested or submitted, based on the responsive records in my FOIA request.

So why are there no bids for the above referenced “successful contractor for installation” considering Breuder’s own words stated as a matter of fact, “if they were to have interest in the fabrication and installation, all things being equal, they must competitively bid like anyone else.”

Or is this a case that since it was under the $25,000 dollar limit set by statute they simply didn’t bid it out which means Breuder was not telling the “whole” story to trustee McGuire?

Or,  does Article 3.4.3 of the contract tell the WHOLE STORY on this deal? This statement in the contract, page 8, is LINED OUT!  Thus, the Architect who is not an Architect is in full control of all the bidding without any review by COD? (see contract here)

I challenge EVERYONE to look through all the files they provided and tell me if you find an HEC-911 project related bid of any kind!   (Click here to review all bid information for projects handled by Herricane Graphics for the last 5 years)

Is this a clear example of a total failure in internal controls?  Or is this an example of exactly what our tipster informed us about?  Special favors to Foundation Board members regardless of the cost?

Not convinced there is a problem?  Let’s bring things back to the beginning before there was ever a contract with Herricane Graphics. Before you can have a contract you have to have a need, and in this case a need for a Design Consultant, which is what they referred to Herricane Graphics as.

Thus, another FOIA!   I asked for a copy of all bid notices, publications, announcements, and any other documentation that COD was seeking the hiring of a Design Consultant. (See FOIA request here)

The response was amazing!

They sent me one document!  The Board Approval Document request for the contract award! So one must ask, at what point did they come to the conclusion that this person was the one who was going to get this contract that had neither any RFP or Bidding and why?

Let’s recap to keep this simple:

“All things being equal! “

That must be it!

You be the Judge! 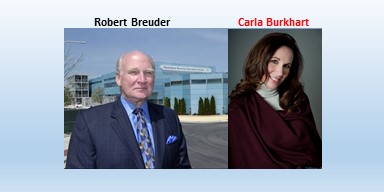