In a strange twist of events, Mayor Camie Sanders has continued to violate the very anti-bullying/workplace violence policy he spearheaded a month or so ago.

The remaining Aldermen violate this policy by remaining silent on this obvious bullying tactic of Mayor Sanders.

One of the key provisions in the policy, is its definition of bullying on pages 4 and 5, which include:

But the problem with their policy, is that the person violations get reported to is the same one that is committing the acts.

Earlier this year, Mayor Sanders removed Alderman LeFever from all committees in an attempt at intimidating him into being quiet about the unauthorized pay raises some office workers gave themselves. This started the witch-hunt to find something against LeFever that would undermine his position as alderman. Complaints were filed against him by the same people that were caught having given themselves the unauthorized pay raises. The mayor then went on an all expense paid (by taxpayers) biased "investigation" that resulted in a $27,000 legal bill, with nothing to show for it. In that process, Mayor Sanders kept LeFever from performing all of his duties as an elected Alderman, even going so far as banning him from certain meetings and withholding city records that he is authorized to review.

Now we get to this new policy, that clearly defines and gives examples of bullying.

Mayor Sanders has not reappointed Alderman LeFever to any committees, thereby violating the very policy he pushed to get adopted.

Read our other articles on the City of Marshall (here). 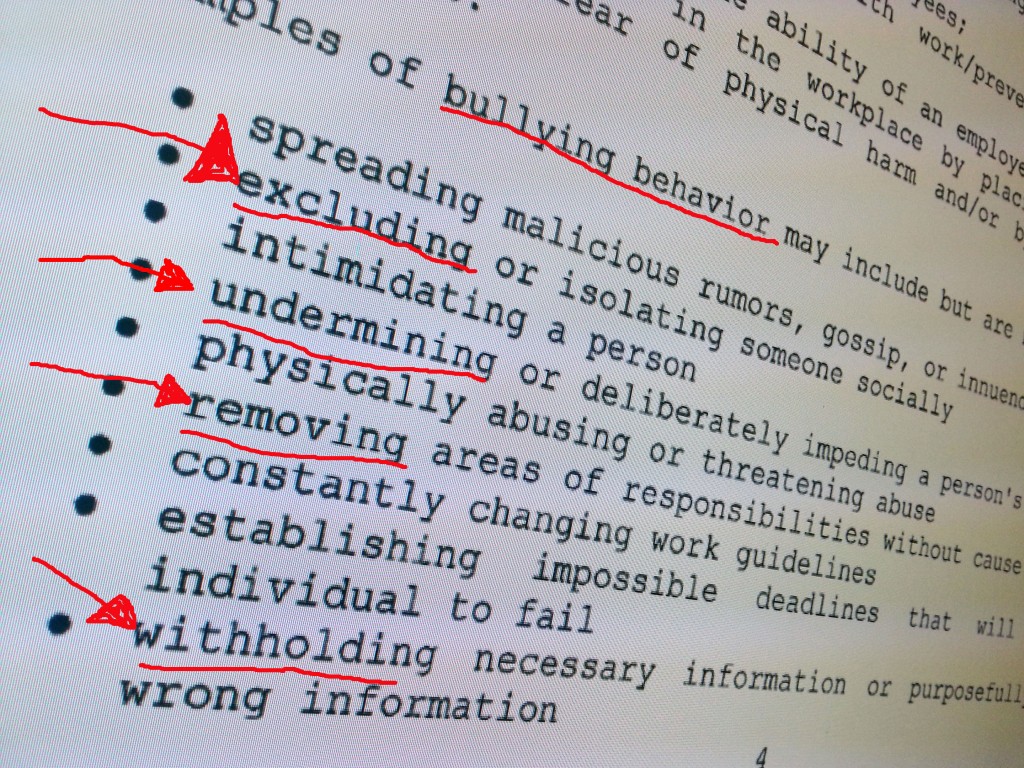