A suburban Chicago mother and political writer faced retaliation when she discovered the cover-up of sex crimes at her local public library.

On October 3, 2013, Megan Fox was in the Orland Park Public Library (OPPL) in suburban Chicago when she spotted a man watching pornography on one of the library’s computers. Fox was even more stunned when an employee named Renata Neupauer told her, “we get a lot of that here.”

The next morning she filed a formal complaint with the library’s director, Mary Weimar, and filed a series of Freedom of Information Act requests asking for documentation on previous similar incidents.

The library downplayed her concerns. On October 7, 2014, board member Diane Jennings emailed Weimar.

“That’s why we have an adult section- so no ‘perverts’ will be viewing their filth in the children’s section.” Jennings said to Weimar. “As for danger from pedophiles, perhaps department stores should stop displaying ladies’ undergarments for fear it might arouse a passing pedophile into grabbing another child.”

Rather than having her complaint receive its proper attention, Fox told RebelPundit, she was retaliated against including a systematic campaign of police harassment, media manipulation, and cyber bullying.

On October 8, 2013, Weimar contacted the Orland Park Police Chief, Tim McCarthy, and in an email she suggested that Fox needed to be investigated because of her appearance in a YouTube video from 2011 at a Tea Party rally supporting the 2nd amendment.

“This is the Smith and Wesson that bothers my employee.” Weimar wrote to McCarthy in the email and sent along a link to the YouTube video.

From there, Fox documented on YouTube a series of incidents in which Orland Park Police Department employees attempted to harass and even arrest her. 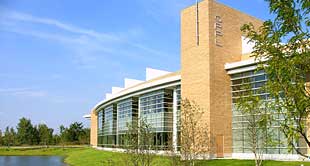