Reports indicated several scenarios: 1) that it stalled on landing and “pancaked” onto the runway, 2) that a deer ran out in front of it causing it to leave the runway, 3) that it ran off the runway striking a runway light, or 4) nothing to see here – we don’t know what you are talking about.

So the question remains, and we believe there was some type of accident that caused substantial damage to the aircraft and to county property.

Tail number N736AA was reportedly formerly owned by Glen Hutchinson, and was allegedly flown on July 4, 2014. We understand it may have been recently purchased by a new owner after updated aeronautics equipment was installed.

Reports vary widely as to the damage done in this crash, and it is either minor damage or the airplane is completely destroyed.

This aircraft received its most recent airworthiness certificate from the FAA on August 18, 2014 (see picture below). Now the question arises as to why the misreporting of the time-frame the alleged crash occurred. Is it because if the June-July time-frame was stated, that it would have happened prior to Jerry Griffin becoming the airport manager, when if it happened in late August or later, that Griffin would have been the manager and should have reported the incident to the board?

This incident has been reported by a private individual to the FAA and the NTSB as an alleged, unreported aircraft accident, in which extensive damage occurred to the aircraft. We understand that any minor incidences that only result in minor damage are not mandated to be reported to the FAA or the NTSB, however, the problem with this particular incident is the complete attempt at keeping this incident quiet and the reports we are hearing that the aircraft was totaled.

The impacted aircraft is currently stored in a privately leased and locked hangar at the Edgar County Airport. I first informed (last week) an airport advisory board member and an Edgar County board member of what we had been informed of, and they are attempting to gather further information.

Another question not answered yet, is who was piloting this aircraft at the time, and was he or she properly licensed. If it was piloted by someone obtaining flight instruction, was that person instructed by a properly licensed instructor with the appropriate medical clearances? Was that instructor or pilot an employee of the airport? If so, and it happened during the day, does the county carry insurance to cover giving flight instruction while on the clock and getting paid by the county? Will their insurance pay for the damage, provided they had insurance, if there were unlicensed pilots flying it? Is this information being withheld from the insurance company?

So here we have yet another example of people doing what they want, hiding the truth, not reporting incidences that happen on county property, and apparently are trying to scam their way out of any involvement.

The current county policy does not mandate reporting of all incidences or accidents while on county property, and I suggest that policy be immediately amended to require it.

We do not believe, at this time, that any public officials are attempting to keep this quiet, but that certain other individuals are.

There are many remaining unanswered questions, and hopefully we will get answers soon. We do know the plane crashed on landing, but do not know when this happened, who the pilot was, or the extent of damages. 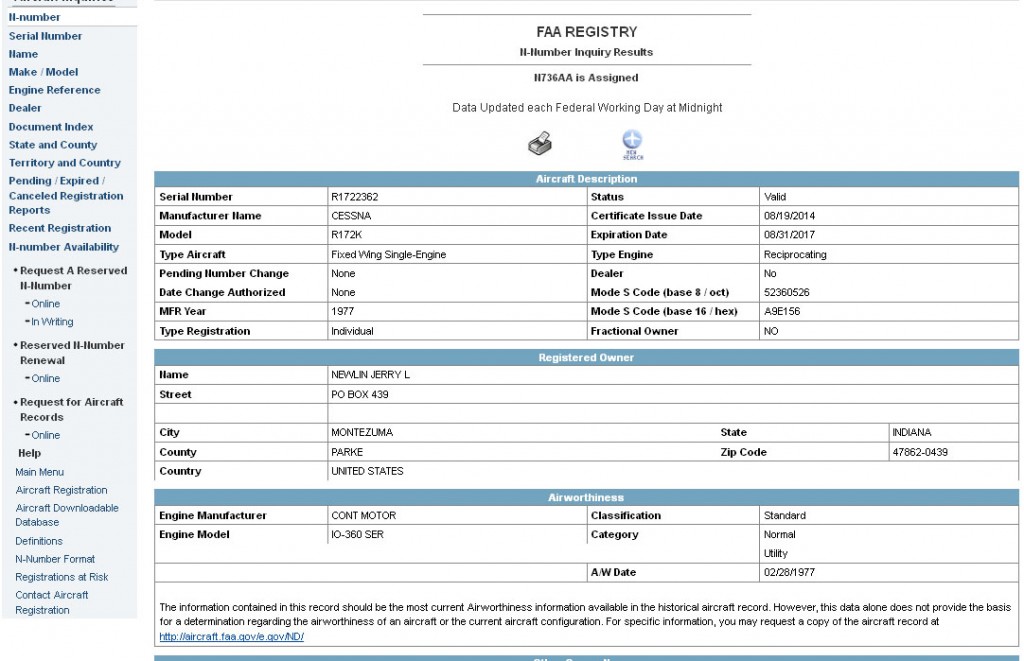