On July 10 of this year, a person was in the library sitting down where others could see him. One person was shocked enough to call the police and report it. Here is what happened:

Mary Weimar, Orland Park Public Library Director, assisted a pervert in eluding Police by telling him that the police were called and were on their way. Some may not look at this as “assisting” him, but by her telling him they were called and were on their way did she expect him to wait for them to arrive? No! She knew exactly what she was doing, and by not waiting for the police to handle the situation, she assisted in his escape and condoned his behavior. The purpose for her action was not for the protection of children and customers, it was simply to avoid a police incident on OPPL property, thereby being able to deny anything happened.

When reading the internal incident report you have to ask yourself if you believe the report to be an accurate depiction of the event as it happened. Ask yourself why the police would be called because of some “underwear” showing thru ripped shorts, I know, they wouldn’t be…because if that were the case every woman with a short skirt would have police called on them whenever they sat down. So now ask yourself what was probably showing thru the ripped shorts that was so shocking and repulsive that a person would call the police on the individual wearing the shorts. You don’t have to answer that last one…

Is this yet another attempt at creating a non-incident, to not bring embarrassment on the OPPL, by not reporting it accurately on the incident report? We will surely find out as time goes by.

* Mary Weimar tells the man to leave before police come and gives him an opportunity to get away
* every man who does obscene things like this they say is “mentally challenged”; this is a pattern. They do this, I think, to excuse the behavior away. I think that is strategy of theirs. Whenever a guy is doing stuff like exposing himself and all of that, they say he is “mentally challenged”
* Mary gave the guy enough time to get away before the police came, just like with all the other incidents where police are called…but called too late to do anything. They really need to be calling the police first and let the police confront the people, not let the people get away. I think they let people get away on purpose. They deliberately either wait to call the police until the people leave or they call the police and then warn the people to leave before police come. The end result is that the police never get to catch the people doing these things. Ultimately, that’s a waste of time for the police to be responding to the building but the people have already gotten away, and it continues the inappropriate behavior of these people resulting in other innocent individuals  being subject to their perverted actions. 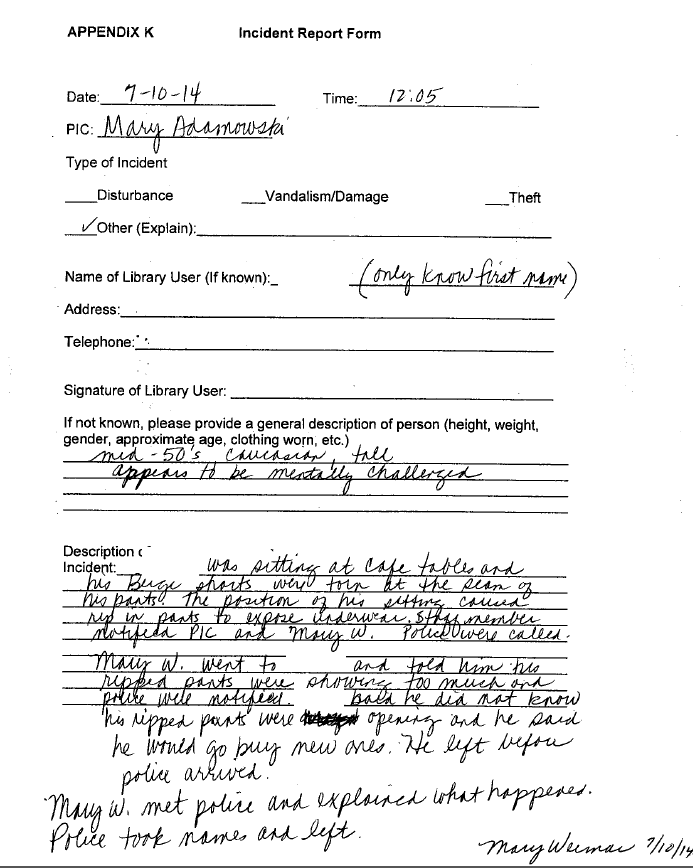 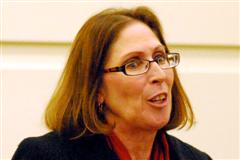