Ashmore Days was celebrated today with a Parade and festivities at the park to include the annual Fire Department Water Ball fights.

Fire departments  from all over the area were represented in the double elimination tournament. They included, Ashmore FPD, Seven Hickory FPD, Westfield FPD, Martinsville FPD, Oakland FPD, and Kansas FPD.

The Kansas team entered into the final match undefeated and in order to be beat the opposing team from Oakland would have to beat them twice. Oakland was victorious in the first round however Kansas once again showed their dominance in the final battle and took first place.

Oakland had two teams represented and they managed to fill the second and third place slots!

Congratulations to Kansas Fire Protection District for their first place victory and thanks to all those hard working volunteer's that do so much for so little in their communities!  The event was a true example of mutual cooperation and teamwork! 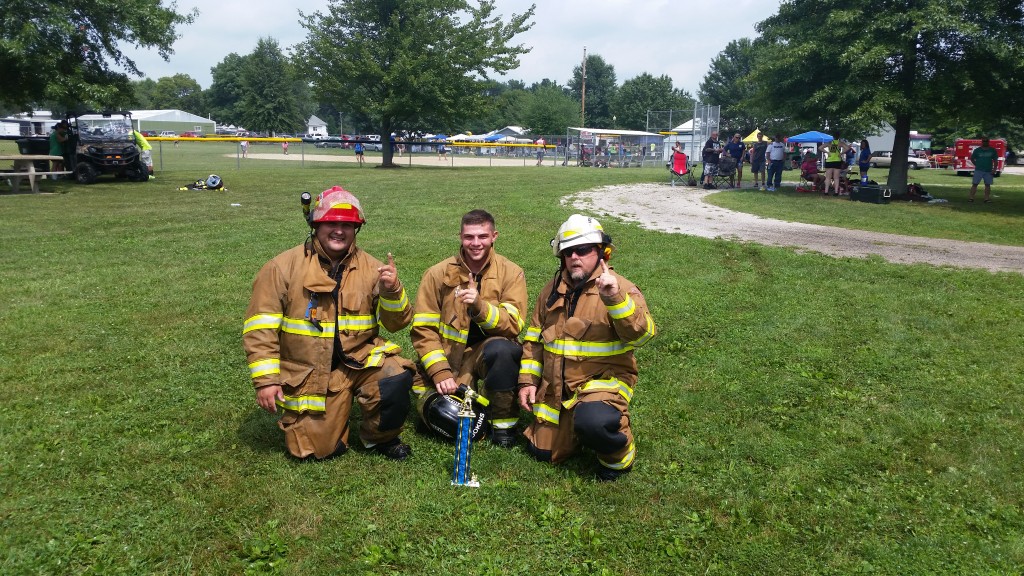