When I became aware of Bloomington’s text amendment to their Public Speaking Policy was on the agenda again, I took the liberty at writing a letter in an attempt at convincing the city aldermen to change the wording to better comply with the Open Meetings Act. I focused on two items included in their proposed amendment: 1) the 15 minute time limit, and 2) the sentence where they think the public has no right to speak at public meetings they determine to be “work sessions”.

This round of the text amendment comes after an earlier attempt in which I also wrote a letter to the council. The agenda item removed at the city council meeting after I sent the first letter. Here is what I talked about in that letter:

I reviewed the text amendment to Public Comment, and the way it is written still violates the Open Meetings Act.

First is public comment at special meetings where at least one potential action item is listed. I believe that is an OMA violation; nothing in the statute lists an actionable agenda item as a prerequisite for public comment.

Second, paragraph 5(b) should be removed. You can’t force people to show up 15 minutes early and you can’t force them to write down their name and contact information (unwarranted invasion of privacy).

Third, under 5(d) – you cannot make someone state their address; it is an unwarranted invasion of privacy.

Bloomington did make an adjustment in the text amendment after this email, but still had unreasonable restrictions included when it passed under the consent agenda this week.

It appears he is doing whatever he can to limit public comment, even to the point of violating the law. If he had taken the required training on the Open meetings Act he would have known his proposed changes would violate the law. This is what he wanted the public comment policy to include:

“Public comment should be once per month rather than every meeting, and, Retain the portion of the current ordinance that a person who speaks at a meeting be ineligible to speak again for two calendar months.”

Sorry Bob, those rules would violate the law, and thankfully the City of Bloomington did not include these in their policy. I guess the real question would be: Who do you think you are?

The point I am trying to make here, is that Mr. Fazzini does not want to hear from his subjects that elected him, and that’s why this law (Open Meetings Act) was made, to protect the rights of the citizen. 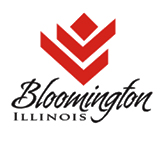