Mike Heltsley says: "Stick It To Him" [Edgar County Taxpayers]…

EDGAR CO. (ECWd) -
Monday, May 12, 2014. In yet another alleged illegal executive session of the Edgar County Board, the board discussed the "compensation" that will be given to the reinstated deputies. Somewhere during that conversation, Heltsley stated that he wanted to "stick it to him", as in the Sheriff,  when talking about the reimbursement to the deputies...only the "him" is actually "YOU", the Edgar County Taxpayers, in order to make the Sheriff look bad by drumming up the dollar amount of the compensation being negotiated.
We reported on a previous attempt this RINO made trying to make the sitting Sheriff look bad when he voted to stop a pay raise to the deputies last fall (HERE). We stated our belief that he voted "no" in a politically motivated move and some people said we were wrong. So why would he do that, and then during another meeting state he wanted to stick it to the Sheriff and give the reinstated deputies as much money as he could possibly give them. Was it another move to make the Sheriff's department look bad prior to an election? Is he still upset he is no longer a "covert investigator" (LOL) (CLICK HERE)?
To those that ask what is wrong with him forming an opinion about another elected official? We say nothing...UNLESS you are using the taxpayer's money to further your opinions.
Who knows, but we do know this is not the way to protect the hard earned money of the taxpayers of Edgar County - just to "get even" and try to affect the outcome of an election. 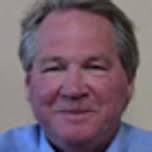