#6. Advising a public body that they can hold a special meeting to

pass controversial measures and not have to allow Public Comment.

Frankly, this was the stupidest thing that the OPPL-BoT has done to date, and Dennis G. Walsh’s fingerprints are all over it, as he even sat next to Board President Nancy Wendt Healy while this was happening and he had more than enough advance warning to stop this from happening but chose not to. So he either came up with this idea or he knowingly allowed it to go forward when he had a duty to stop it.
It’s amazing this man still is allowed to practice law in our state, but it is Illinois after all. On February 12th, 2014 (which is Abraham Lincoln’s Birthday) the OPPL-BoT held a surprise special meeting just five days before its regularly scheduled Board Meeting (which was to be held on February 17th, 2014). The OMA clearly states that a Board may not hold a special meeting on a legal holiday and Abraham Lincoln’s Birthday is a legal holiday in our state.
Why would the OPPL-BoT go to the trouble of holding a special meeting just five days before it was going to have its normal monthly meeting for February? Couldn’t they just wait five days and vote on everything they wanted to take final action on when the February 17th meeting rolled along? That very question was asked by Board Member Cathy Morrissey Lebert during the illegal February 12th meeting, when she inquired why the Board felt it needed to call a special meeting when they could just wait “until next Monday” when a normal meeting was scheduled.
Lebert was shouted down by Trustees Nancy Wendt Healy, Denis Ryan, and Diane Jennings and the Board then proceeded to ram through a highly controversial vote to allow child porn to continue to be accessed in the Library. Lebert asked why the Board was rushing this matter when the Board had not even properly deliberated on filters that could block child porn and other illegal materials from being accessed in the OPPL. It’s not hard to see that the reason this was done on February 12th is because Healy, Ryan, Jennings, and their attorney Walsh all believed that Walsh had found a loophole by which the Board could ram through its vote in a special meeting where it did not have to allow public comment.
Walsh, one of the co-authors of the book The Sunshine Laws, seems to have believed that special meetings do not require Public Comment under the OMA. Nothing could be further from the truth, though. This should rank as some of the worst advice that a law firm has ever given to a public body, because the act of holding this illegal meeting and then voting to ram through seven controversial measures without allowing public comment on February 12th continues to haunt the OPPL-BoT and taints everything the Board has done since.

#5. Telling a public body that it can just “ratify and affirm” things

that it did illegally in the past and not hold recital or deliberation on those items.

Before the PAC currently, and awaiting a letter of determination, is the matter of what Dennis G. Walsh did on March 17th, 2014 where he advised the OPPL-BoT that it could just hold a series of rapid fire votes to “ratify and affirm” everything it had voted on illegally back on February 12th (at the improperly held special meeting on Abraham Lincoln’s Birthday). This was Walsh’s attempt to allow the Board to get away with ramming through the vote to continue allowing child porn to be accessed in the OPPL, on a day that the OPPL-BoT did not allow public comment (at a meeting that was not convenient to the public under the OMA).
Despite protests and objections, on March 17th with Walsh seated right beside Board President Nancy Wendt Healy, the OPPL-BoT ran down a list of everything they did during the illegal February 12th meeting and voted to “ratify and affirm” all of those things in quick succession.
No recital of the issues being voted on, or deliberation of these issues was made on March 17th. At times, the Board members themselves did not even know or understand what they were voting to “ratify and affirm”. Trustee Julie Anne Craig got confused and cast her vote the wrong way on the matter of allowing child porn to continue being accessed in the library, with President Healy then attempting to hold her to that wrong vote.
Craig intended to vote NO! to allowing the child porn to be accessible but mistakenly said YES! when the vote was read, not understanding what item of seven that they were voting on rapid fire. It took Trustee Cathy Morrissey Lebert to intervene and demand that President Healy not hold Craig to the YES! vote she had mistakenly cast because she was not clear on what they were voting on or why they were casting the vote.
It was an absolute circus with Dennis G. Walsh of Klein, Thorpe, & Jenkins presiding over that chaos. The OMA is clear that votes for final action need to be taken only after proper recital and deliberation are made at a meeting that was convenient for the public and that Board Members need to understand what they are voting on.
This was clearly not the case on March 17th and the person to blame in its entirety is Dennis G. Walsh of the KTJ law firm. 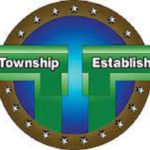