SPRINGFIELD, IL. (ECWd) –
House Bill 3796 was an amendment to the Freedom Of Information Act, which makes a whole new category of FOIA requestors. This bill does not affect us or other non-profit, news media, etc, organizations but it does effect the average citizen that is trying to gauge the performance of their elected officials.
This bill makes “voluminous requestors” pay $20, $40, and $100 for as little as 2 megabytes of ELECTRONIC pictures, word documents, excel spreadsheets, PowerPoint slides, and other electronic data.

HB 3796 adds provisions to the Freedom of Information Act to create a category of requests called “Voluminous Requests.”  This is in addition to the other provisions in the FOIA that enable public bodies to negotiate FOIA requests, which are the recurrent requester provision and the unduly burdensome provision.
The voluminous request provisions:

———————————————-
So when citizens are demanding MORE access to public records, Chapin Rose and Dale Righter join the list of those that voted to further restrict access to public records.
– This bill notes that if electronic copies are requested, and are not in a pdf format, the public body can charge “voluminous requestors” an asinine fee per megabyte for the data. Are you freaking kidding me? For anything other than a pdf?
What about a word document or an excel spreadsheet, or a jpg picture? This is nothing more than an outright attempt at keeping citizens from being able to effectively search the data they received. Nothing more than obstructionism at its finest.
Which public body will keep using the pdf format to store their information when they can get rich and stick to the taxpayer by using other electronic formats? There are fees associated with pdf record, but not as high of a fee.

Another addition to the FOIA is that public bodies will no longer be required to copy records that are already online. The problem with this new section is that the public body only need to provide a link “to the website” where the records are located – not a link to the actual records. This will create an undue burden on citizens seeking public records, since some unscrupulous public bodies tend to bury their online records so deep into their websites that they are almost impossible to find.

–> Make the FOIA officer / township trustees pay out of his personal pocketbook when proven to have KNOWINGLY and WILFULLY violated the FOIA Act. They should be held personally responsible.
–> Make violations of FOIA a Class C Misdemeanor similar to OMA.
–> It would only take one time for a FOIA officer to have to pay $15 OR $20 thousand for intentionally hiding records from the public and it would no longer be an issue.
–> Public Officials / Public Bodies should not have complete access to the public checkbook when they fight a FOIA suit KNOWING they will lose and have to produce the public records. It is so offensive, it is beyond words. There are public bodies using public funds to fight FOIA suits just because they are trying to hide public records from view of the public. It should be a crime!  Time will tell but they may also be using those same public funds to pad the pockets of their lawyers all while knowing they must eventually give up the records! 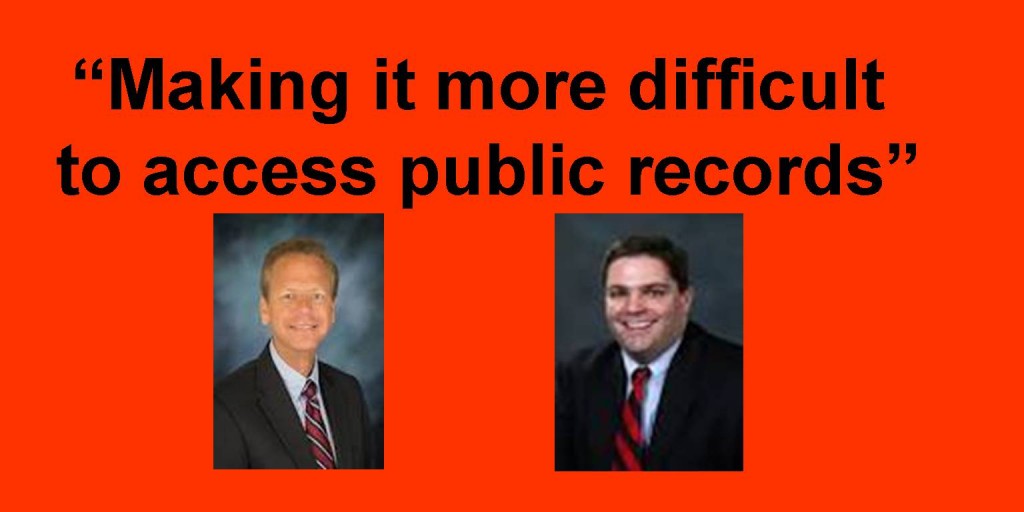