ORLAND PARK, IL. (ECWd) -
An Illinois Attorney General Opinion issued today, May 19, 2014, verifies that the Orland Park Public Library (OPPL), on the advice and with the assistance of their legal team, Dennis Walsh of Klein, Thorpe, and Jenkins, violated the law in February 12, 2014 by holding an illegal meeting on a public holiday.
What is important to note is that according to the Illinois Open Meetings Act, this is a criminal offense and a class C misdemeanor. Our previous articles discuss the OPPL and their legal team (HERE).
For an attorney that "wrote the book" on the Open Meetings Act, he must have looked pretty foolish trying to justify advising the OPPL Board to willfully violate the law. This advice by the attorney could be considered as being "party to the crime", and should be punished. Anything less will not send the message meant to be sent; that you cannot violate the law and get by with it.

A “Party To A Crime” as the Illinois Criminal Code defines it:

720 ILCS 5/5-2 — Parties To Crime
“…either before or during the commission of an offense, and with the intent to promote or facilitate that commission, he or she solicits, aids, abets, agrees, or attempts to aid that other person in the planning or commission of the offense.”
Below is the written opinion. The OPPL Board and Mr. Walsh from Klein, Thorpe, and Jenkins should publicly apologize for their crimes. The OPPL Board should fire this firm and hire an attorney that will not assist them in committing crimes.
Enjoy the opinion:
[gview file="https://edgarcountywatchdogs.com/wp-content/uploads/2014/05/27987-o-201-improper-mun.pdf" save="1"] 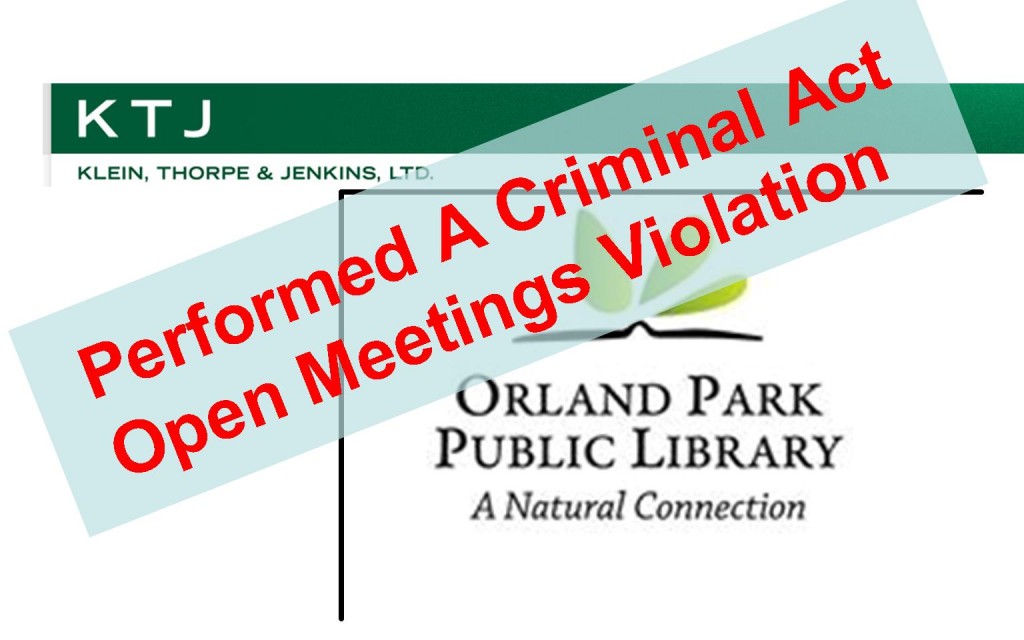