MOULTRIE CO. (ECWd) -
For any other county needing a lesson in civil rights violations, they need not look any further than Edgar County to see what "not" to do as the history in this county with some of its officers and prosecutors violating peoples rights are well known.
The most recent Edgar County case involved the corrupt actions of Dee Burgin and Terry Rogers in which they were found guilty of violating the person's civil rights, stemmed from a traffic stop that ultimately led to a strip search. (Click Here for previous article).  That violation cost the county a small fortune!
The parallels of the Burgin-Rogers case to a recent case in Moultrie County should raise concern for the lack of education taking place within our law enforcement operations, not to mention the same law firm proved again in the Appellate Courts the police violated the person's rights.
A simple traffic stop is not simple when the law enforcement officers either don't know how to apply the constitution or they have an agenda, which appeared to be the case with the Burgin-Rogers case!  Knowing your rights in these particular situations are very important and may keep you from going to jail for a very long time.
So there is no confusion, I have no use for those willing to waste their life away doing drugs and or selling them, however I also want there to be no confusion that just because they chose a deplorable path for their life they have not given up their civil rights.  If we ignore the rights of certain people because of their habits we end up with a society with no laws.
Jude Redwood with the Redwood Law Firm argued successfully again, in front of the Appellate Court, in which the police overstepped their legal authority and violated a person's 4th amendment right.

This was a victory in support of the fourth amendment involving local residents of Paris.

Judge Flannel granted the defense motion to suppress the evidence, filed and argued by defense counsel Jude M. Redwood. The appellate court, in an opinion release April 22, 2014, affirmed the suppression of the evidence.
The Fourth Amendment of the US Constitution requires the police to do their job without violating the constitution. When the police, as in this case, violated well established principles of the Fourth Amendment, the court will not allow that evidence to be used at trial. That evidence is called "the fruit of the poisonous tree".
The suppression issue is the justice system's way of making sure that the police do not break the law in their attempts to enforce the law. This is how we ensure honesty and a requirement of lawfulness in our public officials.  (Click here to read the Appellate Court ruling)
With yet another victory pertaining to our civil rights, one must wonder what it takes to remove dirty cops from the force who violate the rights of the people, as it's clear the case law is there to remove them for cause!
With the recent ruling in the Burgin-Hopper case it appears they may well end up back on the street with a gun and a badge in Edgar County.  In Burgin's case, who is a convicted civil rights violator, he has no business with a badge however the union has once again protected a person who violated their oath of office the second he violated a persons civil rights.
My hats off to the Redwood Law Firm who once again ensured the peoples civil rights are protected from the very people who took an oath to uphold and protect those rights.

What does it take to ensure violating one's Oath of Office has consequences?

I encourage everyone to learn what your rights are when dealing with law enforcement and especially during a traffic stop because depending on who you are and who the officer is, they may well have an agenda to create chaos in your life and it's one of the easiest places for them to do so if you don't know your rights. 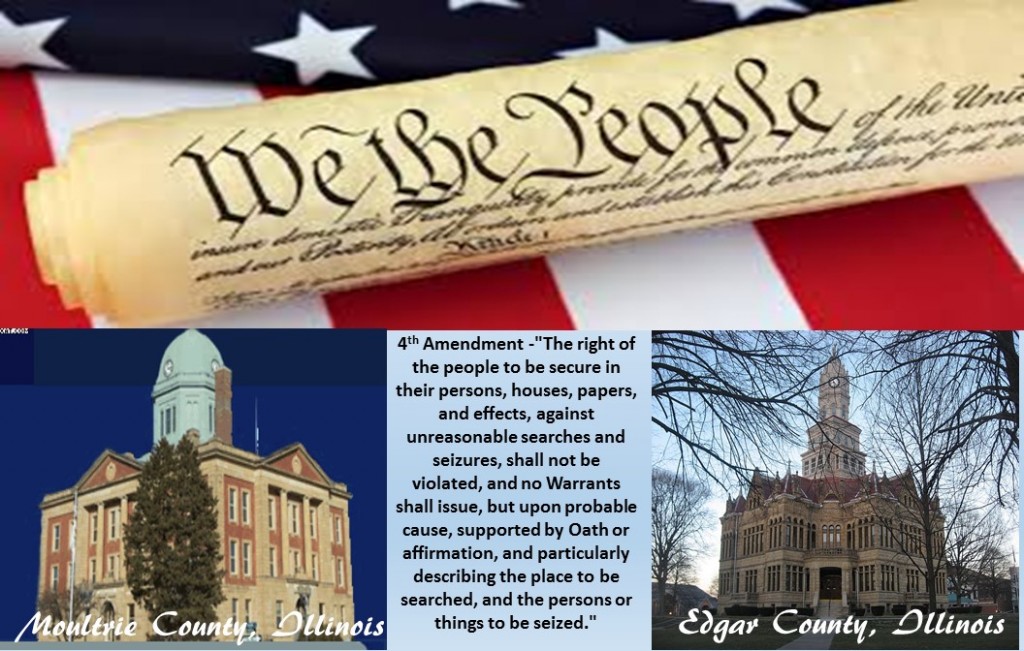