Looks like Darrel Cox’s troubles have gone from bad to worse and one can only wonder why his own deputies didn’t serve him yet with papers on the wrongful death suit currently filed in the federal courts against him.

Will he be served this week?

Are they waiting until after the election?

Regardless, the breaking story is the Coles County Sheriff and Candidate for State Representative is now named in a wrongful death suit in Federal Court.

Specifically, according to the court filings, Darrel Cox:

What is rather interesting with this case is items C and D listed above as they both referenced a lack of any effective policies in place, which is easy enough to confirm by simply reading the very policy manual that was provided to us after our FOIA was submitted in our Gun Running investigation that broke today in this article.

We were looking for any policy on disposal of weapons and turns out there was none, until a month later when the questions proved too much for them to answer and by all indications they created one and claimed it was part of the original policy, which it clearly was not.

Interestingly in this case, the State Police is quoted as saying “We have no reason to believe the jailers didn’t do their cell checks and do them properly,” Williams said. “It looks like everything was done to policy.”

Reading the policy manual I couldn’t find a single referenced to cell checks so one can only wonder how things were done to policy when no such policy is in the manual?

Sexual groping of his coworker, lying under oath, conflict of interest by billing his own office for work done by his private gunsmith business, failure to comply with mandatory drug testing criteria, illegal gun sales, and now being sued for the wrongful death of a prisoner under his control!

And yes, he wants you to vote for him!

Can the taxpayers afford Darrel Cox as their next State Representative? 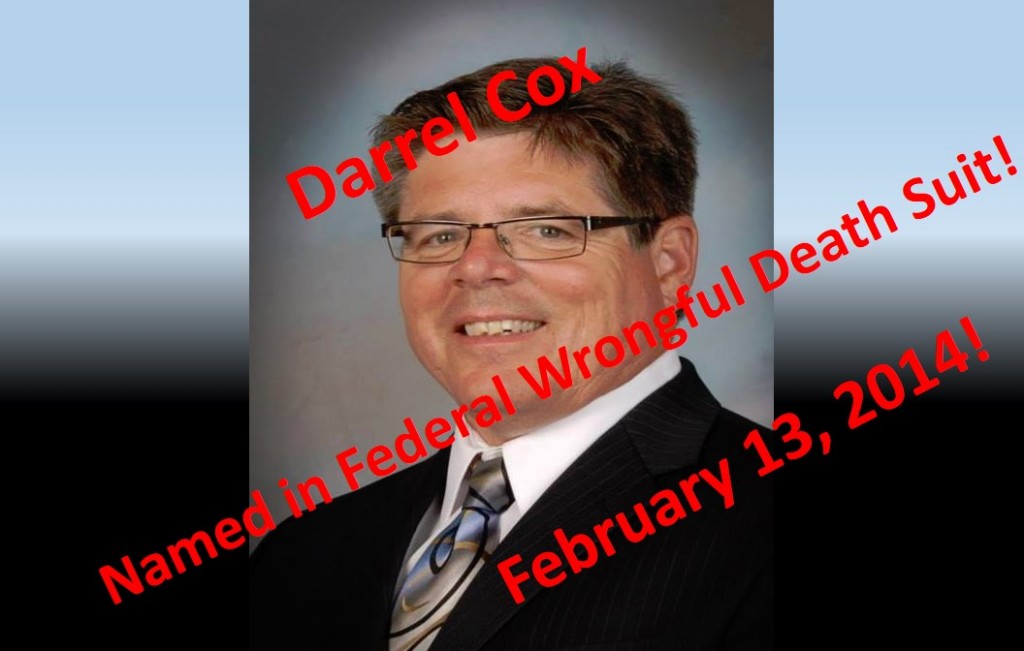