ECWd –
That’s right, to his Campaign Chairperson…
There were rumors abound, but now it appears to be verified – at least as far as Facebook can verify it: 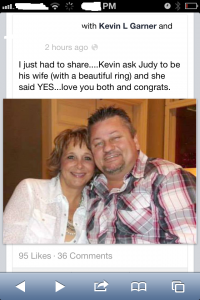